What’s Happening on the Farm: Researching ways to prevent fescue toxicosis in cattle 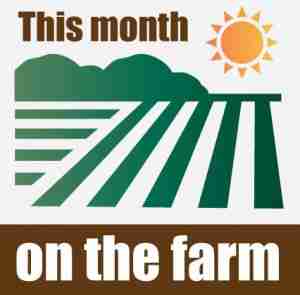 Farms are places of year-round activity. There is almost always something going on, regardless of the season. Periodically, we highlight one of our research stations and the work taking place on the farm during that month as well as give a little insight into the world of farming and innovative agricultural research.
There are 18 research stations across the state, operated in partnership between the department, N.C. State University and N.C. A&T State University. The stations are strategically located to account for different soil types, climates, crops and livestock production. Department staff manage the day-to-day operations of the stations and the research field work, while researchers from the universities set up the parameters of the research. This month we are focusing on beef cattle research at Upper Piedmont Research Station in Reidsville.

In the last few years, North Carolina has been moving to a single, statewide registered-Angus beef cattle herd. Upper Piedmont Research Station in Reidsville is one of the stations that has cows as part of this herd. This allows the state to be more competitive when applying for research grants that require a large number of animals with similar genetics. Upper Piedmont Research Station serves as a cow/calf operation for the herd. The station has about 180 cows, 130 calves and about a dozen bulls.

Much of the research done at this station is feed-efficiency studies. Animals are fed at calan gates they are trained to eat from. Station employees monitor daily intake and how much weight the cows gain. “The goal is to identify the animals that eat less and gain more,” said Joe French, station superintendent. “Since we have been working on the study, we’ve seen as much as a 100 percent difference in intake and weight gain, which is surprising. Like people, some cows eat a little and gain a lot, and others eat a lot and gain a little.”

“In each cow herd you find cow families, with about eight to 10 cows per family,” he added. “There are differences in feed efficiency by family as well. The studies look at what characteristics make these cows more or less feed efficient.” 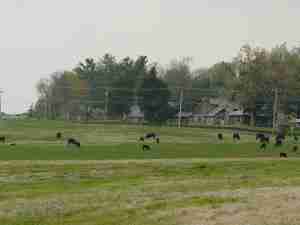 Dr. Dan Poole, a reproductive physiologist at N.C. State University, and his students do much of the ongoing research at the station. One study looks at ways to reduce the negative impacts of an aggressive forage grass used in the state. Kentucky 31 grows in what is commonly called the fescue belt of the United States, which includes the Piedmont and mountain regions of North Carolina. Unlike some other types of forage, Kentucky 31 possesses a superpower. A fungus lives within this plant that allows it to survive harsh climate conditions including drought, high heat and high humidity. Unfortunately for the cattle that graze on this grass, the same fungus causes a condition called fescue toxicosis. This condition causes growth and reproductive problems with cows, Poole said.

“The fungus that lives in the grass allows it to thrive, but it also produces ergot alkaloids toxins that reduce the amount of progesterone in heifers,” he said. “The toxin also makes the animals unable to dissipate heat quickly, and cows are like people, if you are hot you don’t want to eat.”

The study includes supplementing the cows with progesterone during a critical period in embryo development. This three-year study included more than 900 cows statewide, including 130 heifers at Upper Piedmont. 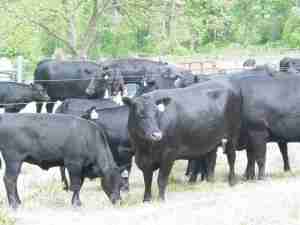 “The goal is to see if the progesterone supplements counteract the negative effects of the grass,” Poole said. “The next step is to publish findings in extension publications and with producers. We also want to know what causes some animals to become more tolerant to the toxins than others. Our research looks into if cows that are chronically exposed become tolerant, or if female heifers can pass along immunity to their calves.”

The progesterone supplementation, at seven days post-breeding, improved pregnancy rates in cows greater than seven years of age and in cows that receive a frozen embryo thus providing a means to prevent low pregnancy and calving rates in these animals when consuming the toxic tall fescue.

In addition to the cow research, Upper Piedmont is home to a long-term study on the effects of no-till to conventional till production for corn and soybeans. The station grows tillage turnips and radishes as a feed source. In the fall, the turnips and radishes grow deep in the soil and serve as a natural tillage tool that helps enhance the health of some of the pastures. Last year, the station also conducted research into varieties of sorghum that grow well in the Piedmont region that can be used as a substitute for corn silage.

For the past 17 years, the station has hosted the N.C. Angus Association Spring Feeder Sale on the first Saturday in May. The station is also home to the Rockingham County Farmers Market, which is held Wednesdays and Saturdays from May to October. The market offers produce and crafts by local farmers and artists. In addition, the station hosts the 1.5-mile Chinqua-Penn Walking Trail, which is maintained by station staff and open to the public.