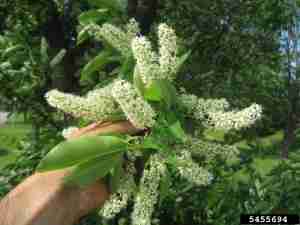 Approximately 270 million black cherry trees are scattered across North Carolina’s forests and they just recently began displaying their show-stopping flowers. Black cherry is the largest native cherry and an economically valuable species, second only to black walnut in the Eastern U.S. It is prized for its strength and rich red-brown color.

The fruit is important for many wildlife species, especially birds and the blooms are adored by many this time of the year. The fruit has also been used to flavor spirits and wine and also used to make jelly. Despite its beauty and tastiness, the tree has a dark side. The bark, twigs, and wilted leaves contain a toxic compound which, when eaten in large amounts, are toxic to livestock and pets. Surprisingly, there is no effect to deer who browse on the leaves harm-free! Historically, this compound was used as cough medicine, tonic and sedative in the Appalachians. 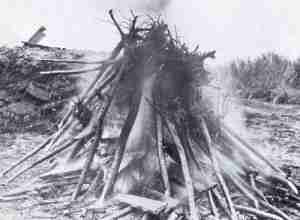 In 1910, a gift of cherry trees from Japan were found by the USDA to contain pest insects and nematodes. In response, President Taft ordered the trees be burned to protect local growers.

Black cherry’s non-native and famous cousin, the Japanese cherry, is the species planted throughout the National Mall in Washington, D.C. This week, the National Park Service predicts these trees to be in peak bloom (March 23-24) and along with that, there will be a peak in visitation to the area. These trees were gifts from Japan to the U.S. to reflect the improving relationship between the two counties. While they are widely celebrated (there is an annual Cherry Blossoms Festival), they haven’t always been the most welcome sight. In 1910, one of the first gifts of 2,000 cherry trees had to be burned when they were determined by the USDA to harbor agricultural pests (insects and nematodes). To protect U.S. growers, the trees were destroyed, making it an early interception of agricultural pests by the USDA, a practice still employed today to keep exotic insects from becoming established.