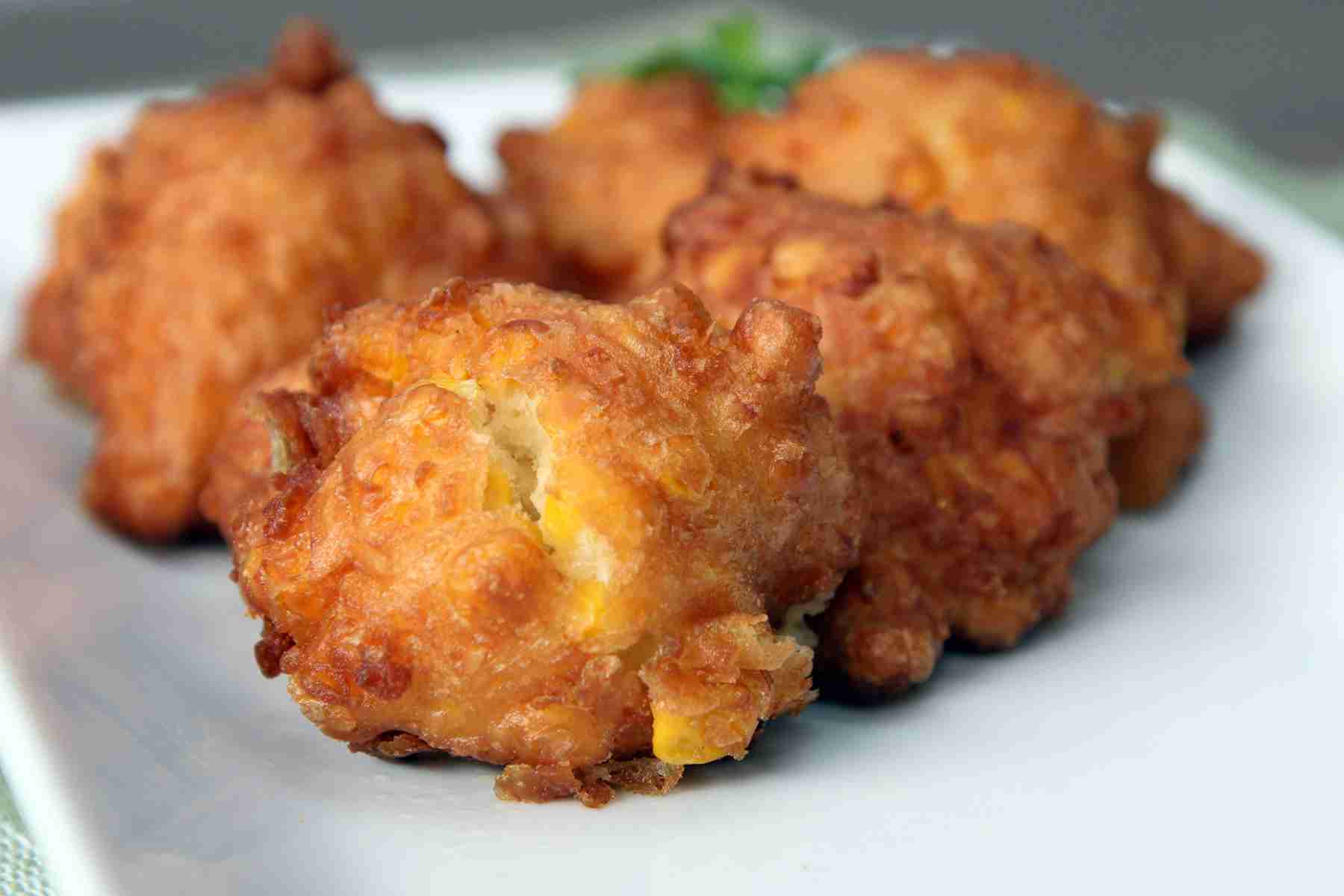 Since 1926, the Agricultural Review has been a free newspaper published by the N.C. Department of Agriculture and Consumer Services. For many years, The Tar Heel Kitchen was a featured column written by the department’s marketing home economist. These recipes tended to be seasonal with just a handful of ingredients. We thought these recipes needed to be shared in a new format. Tar Heel Kitchen posts will unearth a few of these timeless recipes each month. On the menu this week is a recipe for Easy Corn Fritters from the April 1, 1973 issue.

York Kiker, former NCDA&CS home economist, writes her monthly column on the upcoming 1973 N.C. State Fair, which featured a major exhibit on corn, the state’s major food and feed grain. “As plans develop to tell the story of corn, many interesting angles develop which often the average person does not stop to consider,” said Kiker. “Though a major portion of corn goes for animal feed, humans enjoy fresh corn, canned or frozen corn, corn meal, grits, corn syrup, and popcorn to name only a few of the food products.”

Corn is still grown in abundance in North Carolina. Last year, 840,000 acres of corn were planted in the state. According to the 2015 Ag Stat book, corn is ranked eighth in N.C. farm income with more than $500 million in cash receipts.

Kiker shared a simple and tasty recipe for easy corn fritters. We made them in the Got to Be NC test kitchen and thought the were sweet and delicious. Pair some with fried pork chops or your favorite soup.

Blend egg and milk; add pancake mix, stirring just until smooth. Fold in corn. Drop by teaspoonfuls into 1 inch of oil at 325 degrees. Cook slowly for 4 minutes or until golden brown. Yields 8 to 10 servings.