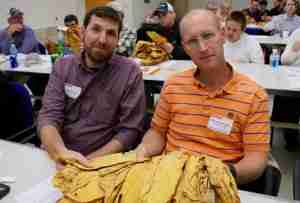 The following employees took part in the course: 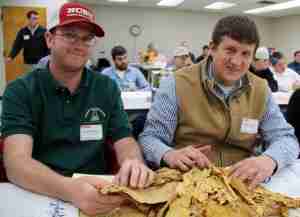 The four were among 44 participants who received two days of classroom studies on everything from greenhouse production of seedling plants to curing leaf ready for market. The course also included a daylong session on grading of flue-cured tobacco.

Instructors in the short course included N.C. State extension specialists in agricultural economics, agronomy, biological and agricultural engineering, crop science, entomology and plant pathology. Bobby Wellons, tobacco training specialist with the U.S. Department of Agriculture’s Agricultural Marketing Service, taught the tobacco grading session, which was offered for the first time at the request of growers who had concerns about the grading of their 2015 flue-cured crop.