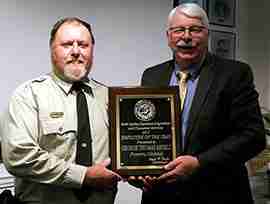 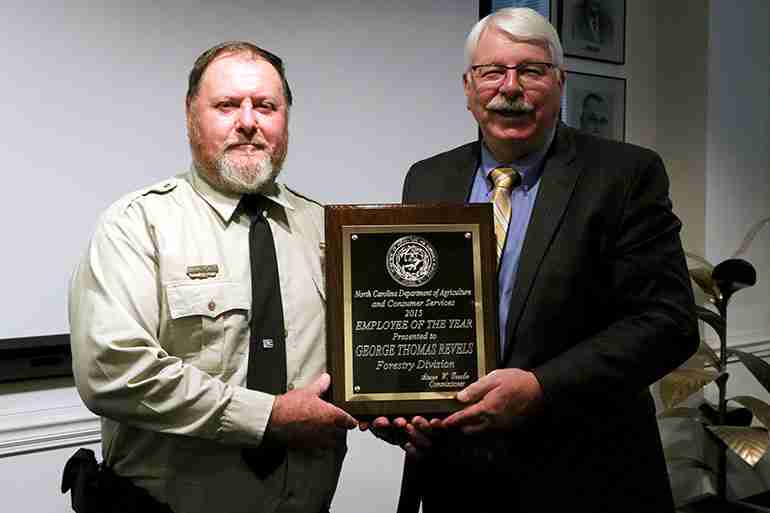 Thomas Revels’ quick action to save the driver of a burning car last September has earned him the NCDA&CS Employee of the Year award for 2015. Agriculture Commissioner Steve Troxler presented the award Feb. 22.

“It is quite an honor to be selected from the many outstanding employees who were recognized in 2015,” Troxler said. “But then again, there aren’t too many employees who have been credited with saving someone’s life.”

On Sept. 2, Revels was returning to the office after finishing some field work, when a woman passed him on the road at a high rate of speed and lost control of her car. The car, which ended up off the road, caught fire. Revels stopped to assist the woman and pulled her from the burning vehicle, suffering burns to the left side of his face, ear and cheek.

As an equipment operator with emergency response duties, Revels is ready to go to work 24 hours a day, seven days a week, Troxler said. “Thomas was in the in the right place at the right time, and was selfless enough to put himself at risk to help a stranger,” he said.

Revels said saving the driver was the sort of action any of his co-workers would have taken. He attributed his success to the training received during eight years with the N.C. Forest Service.