This year marked several important milestones for departmental facilities and programs. Here’s a look at the department and some of the events and accomplishments that happened in 2015: 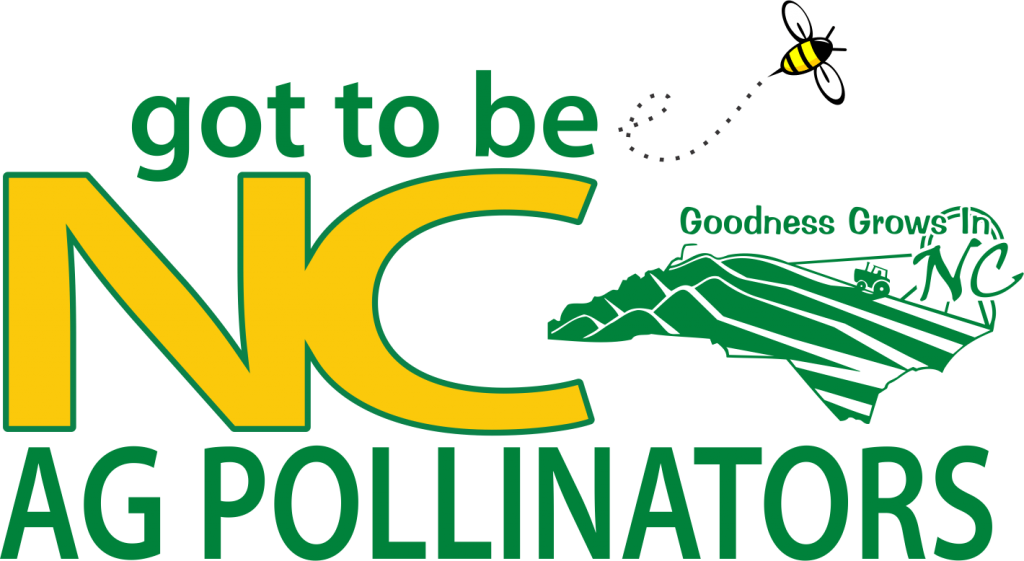 Ag Commissioner Steve Troxler declared 2015 the Year of the Pollinator at the Soil and Water Conservation Districts annual meeting in Greensboro. Pollinators are crucial to the state’s $76 billion agriculture industry. The department received a grant from Syngenta to develop pollinator habitats at all of the state’s 18 research stations and researchers from N.C. State University are monitoring the effects on stations’ crops. The department also worked with the N.C. Department of Transportation on a pollinator habitat project that aims to add 100 acres of pollinator plants to roadsides throughout the state to provide additional habitat for bees and other important insects. 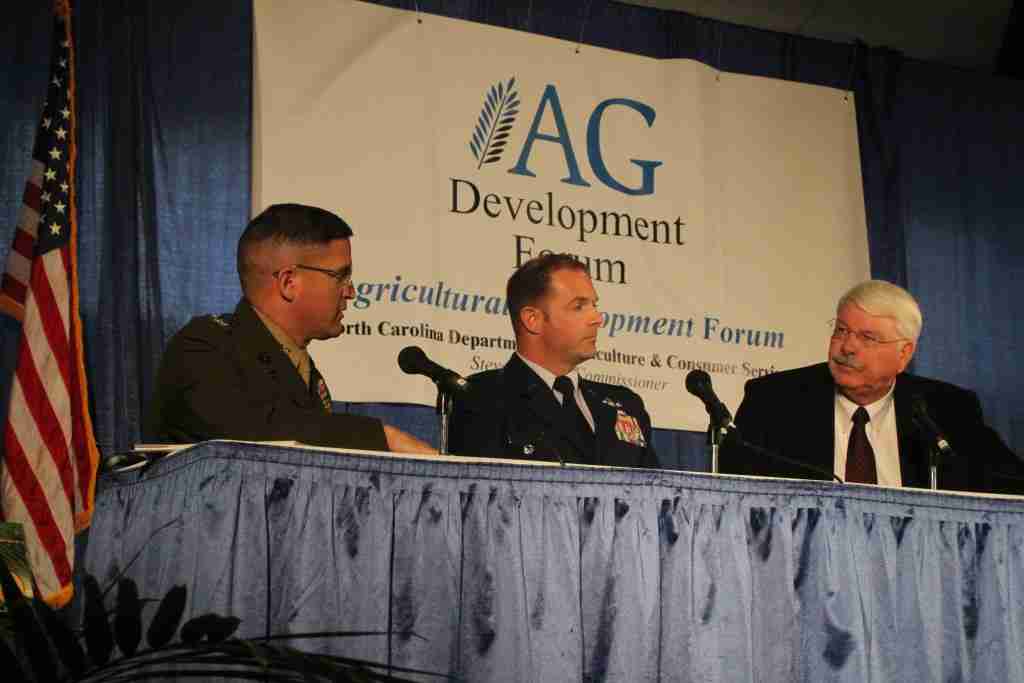 In February, Ag Commissioner Steve Troxler hosted the 10th annual Commissioner’s Ag Forum in conjunction with the Southern Farm Show at the State Fairgrounds. The event highlighted the state’s top two industries – agriculture and the military – and their symbiotic relationship. There were panel discussions about the benefits of agriculture-military partnerships and presentations from organizations and businesses that supply food to military bases. After the program, military buyers were on hand to talk with farmers about potential sales opportunities.

And the Agriculture Development and Farmland Preservation Trust Fund helped protect agricultural buffers around military bases with a $1 million appropriation. 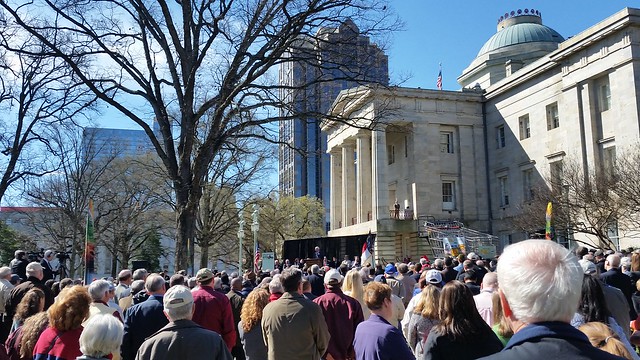 In March, the department joined forces with the N.C. Farm Bureau, N.C. Agribusiness Council and other commodity associations to show North Carolina legislators the importance of agriculture to our state’s economy. Several thousand people converged on the legislative building and the Capitol lawn for Agriculture Awareness Day. The theme of the day was “Come Grow with Us.” Commissioner Troxler wants to grow agriculture to a $100 billion industry by 2020. He was joined on stage by Gov. Pat McCrory and legislative leaders. 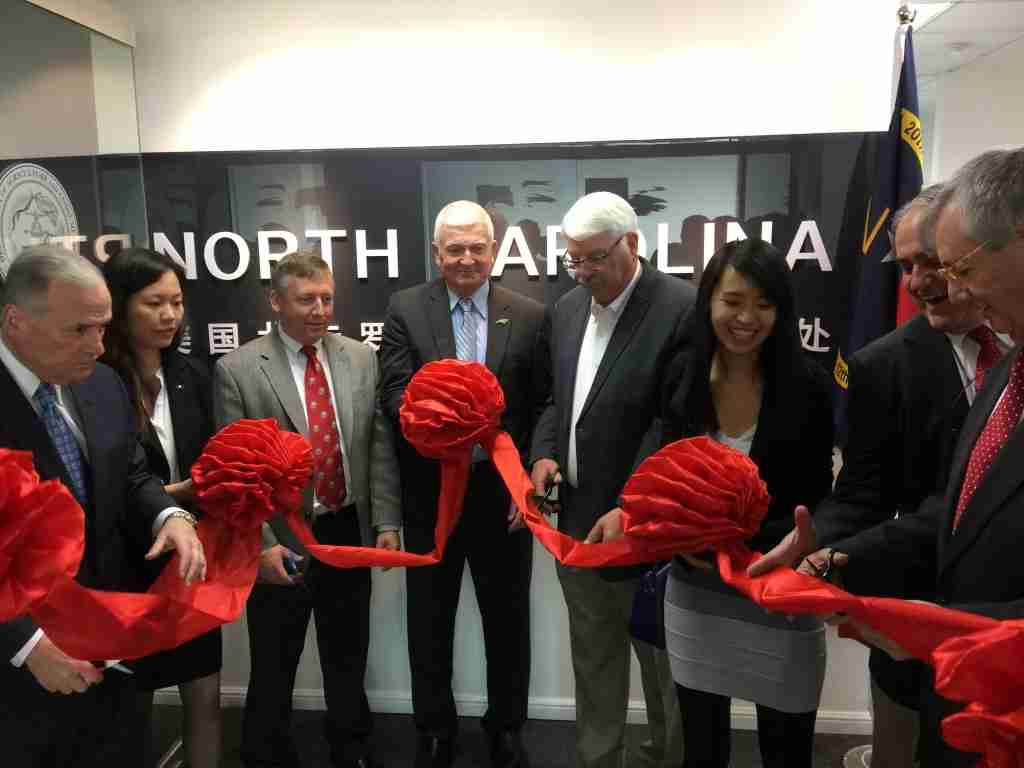 There were nearly 50 people on the trade mission representing the various commodities, plus N.C. Commerce Secretary John Skvarla and Dr. Richard Linton, dean of the N.C. State University College of Agriculture and Life Sciences.

The delegation held meetings with China Tobacco and WH Group, the world’s largest pork company. In addition, there were meetings with companies that buy containerized soybeans. Troxler says that N.C. soybeans shipped in containers have higher protein and oil levels and are of higher quality. This makes them a sought commodity in the Chinese market.

While they were there, they officially opened the department’s office in Shanghai. It was previously in Beijing. North Carolina is one of the few states to have dedicated offices for agricultural exports in the world’s largest country.

Fresh N.C. strawberries are always a favorite in the Farm to School Program and this year it was record-setting. Participating school systems ordered 20,068 flats of strawberries. The previous record for strawberry purchases totaled 19,473 flats during the 2012-2013 school year.

The Food Distribution Division delivered $1.5 million of fresh N.C. produce to schools in the Farm to School Program and $59 million worth of USDA foods to schools and other agencies throughout the state.

The Robert G. Shaw Piedmont Triad Farmers Market celebrated its 20th anniversary with a celebration on May 8.

The Got to be NC Festival was held at the fairgrounds.

Commissioner Troxler joined State Veterinarian Doug Meckes at a press conference at the N.C. State Fairgrounds in June to announce that fall poultry shows and competitions would be cancelled due to concerns about the possible introduction of highly pathogenic avian influenza. The disease caused the death or destruction of almost 50 million chickens and turkeys in the midwest. The department spent a considerable amount of time this year planning a response in case the disease was found in North Carolina. Thankfully, the disease has not been found in the United States since it was successfully stamped out in the Midwest in June. However, the threat remains throughout the cold weather months and farmers and backyard flock owners should remain vigilant in their biosecurity practices.

The Dig It! Exhibit opened at the N.C. Museum of Natural Sciences in downtown Raleigh.

July marked the 30th anniversary for the Goodness Grows in North Carolina program, which now supports about 3,000 members. In 1985, GGINC was one of the first state programs of its type. Today, Goodness Grows still supports its members with marketing assistance and trade show opportunities that connect them with buyers. Ten years ago, the Got to Be NC campaign started as an extension of the Goodness Grows program to raise consumer awareness of agricultural products grown, raised, caught or made in North Carolina. The program earned the 2015 Marketing Excellence Award by the North American Agricultural Marketing Officials during the association’s annual meeting, held July 12-15 in Salem, Mass. 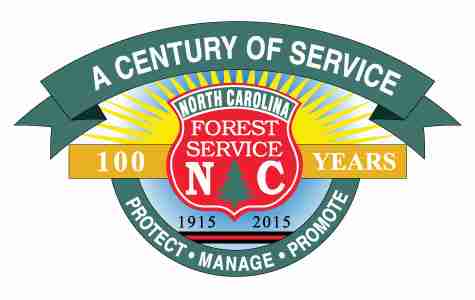 Over the past 100 years, the duties of the Forest Service increased dramatically. In addition to fighting about 4,500 wildfires each year, the agency also is involved in education, landowner assistance, urban forestry, insect and disease control, and a lot more. The N.C. Forest Service has more than 700 employees, with offices in just about every county of the state.

North Carolina has more than 18 million acres of forestland, and the vast majority of that land is privately owned. Forest products generate about $24 billion for the state’s economy. 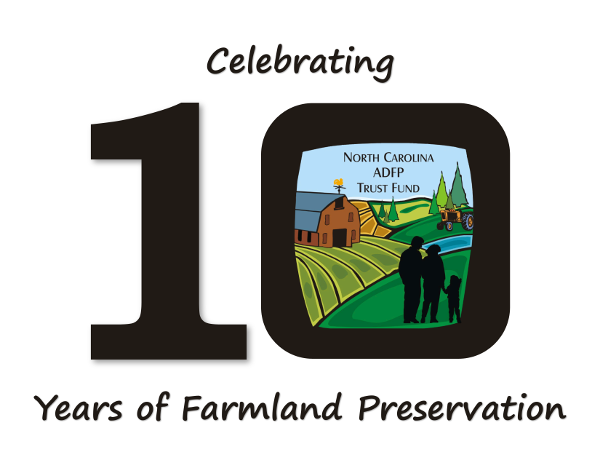 September marked the 10-year anniversary of the start of the N.C. Agricultural and Farmland Preservation Trust Fund. 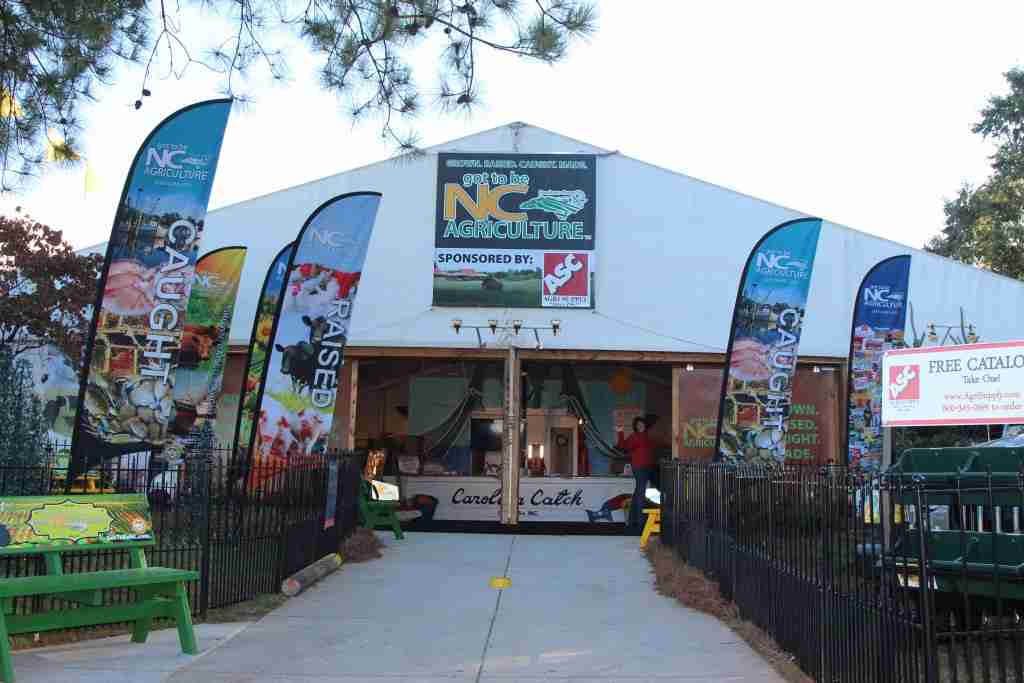 In October, the Marketing Division was a sponsor at the International Bluegrass Music Association’s Wide Open Bluegrass Festival in Raleigh.  They also helped the Distillers Association of North Carolina launch a program to highlight a new law that allows distillers to sell bottles on site. The division helped establish the #Buy1Oct1 campaign and created a craft distillery trail and passport program that included the development of an App, printed limited-edition passports, signage and posters. North Carolina has about 30 distilleries that are running or pursuing legal approvals. This is in addition to the 158 wineries and about 120 breweries in the state. The division also hosted the Got to Be NC Tent at the N.C. State Fair which introduced fairgoers to more than 20 N.C. food vendors over the 11 days. 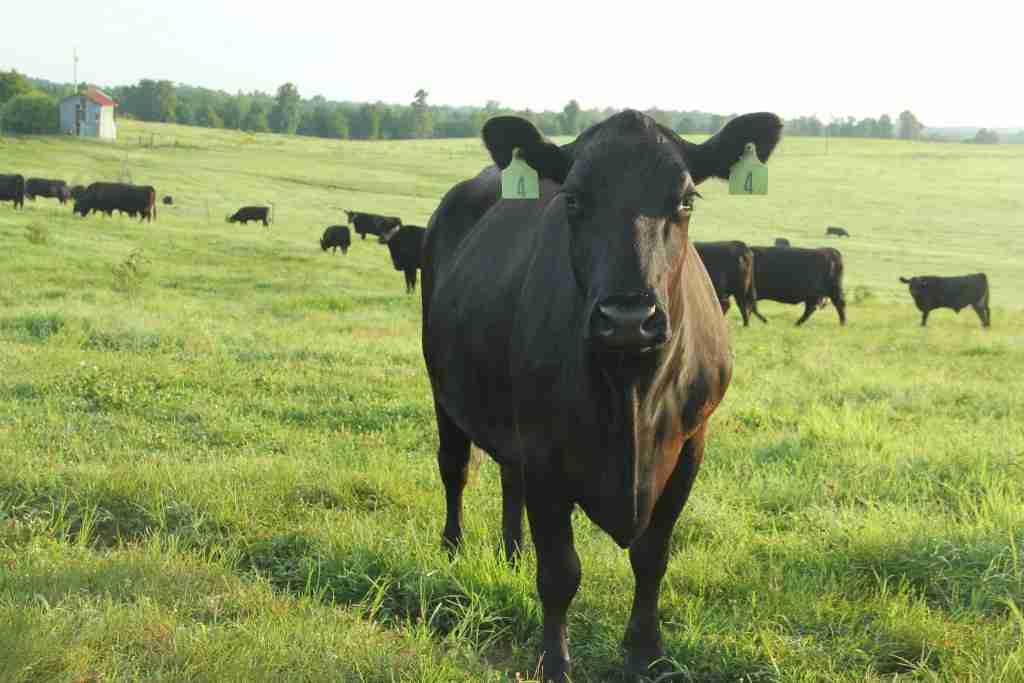 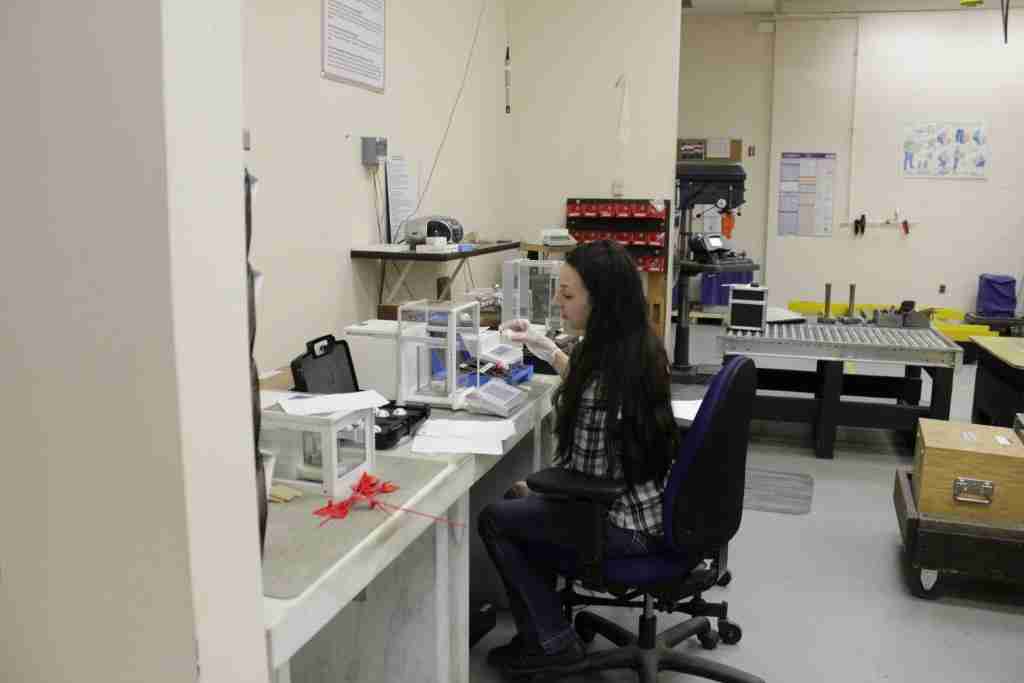 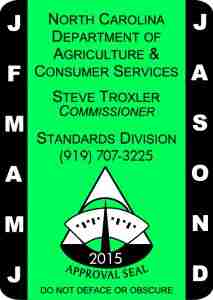 In December, the Standards’ Division Weights and Measures Laboratory received a two-year Certificate of Measurement Traceability from the National Institute of Standards and Technology, effective for 2016-2017. Usually only a one-year certificate is issued, but the lab worked very hard to improve their overall program and the documentation supported the two-year certificate. This lab is one of two labs in the state accredited by the National Voluntary Laboratory Accreditation Program. It provides weights and measures services for manufacturing companies, pharmaceutical companies, tire factories, educational facilities and more.