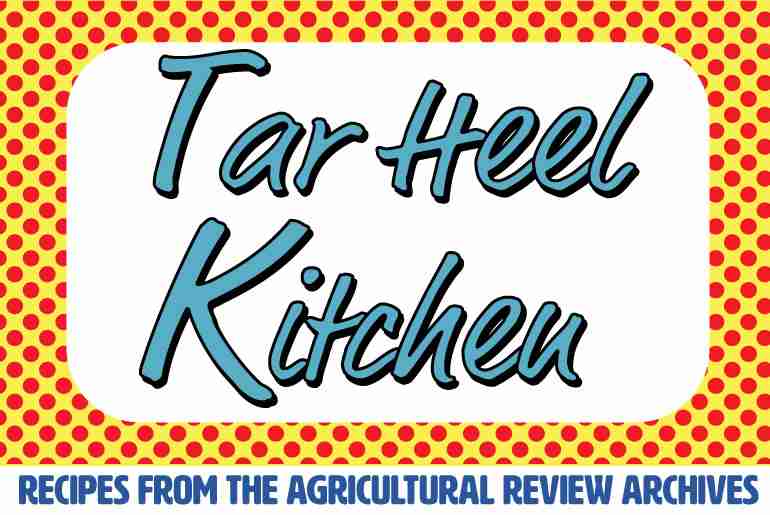 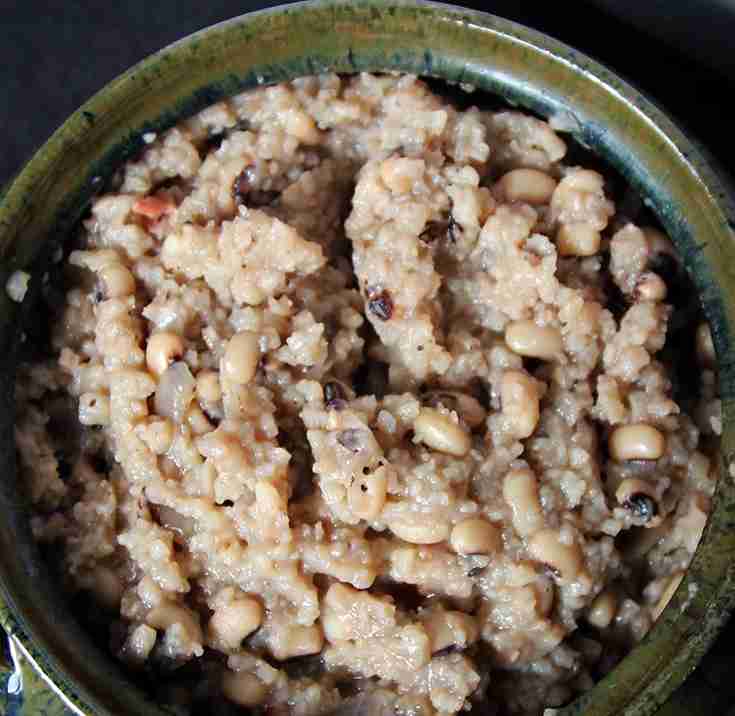 Since 1926, the Agricultural Review has been a free newspaper published by the N.C. Department of Agriculture and Consumer Services. For many years, The Tar Heel Kitchen was a featured column written by the department’s marketing home economist. These recipes tended to be seasonal with just a handful of ingredients. We thought these recipes needed to be shared in a new format. The Tar Heel Kitchen post will unearth a few of these timeless recipes each month. This week we are revisiting the April 15, 1977 issue and the classic New Year’s dish, Hoppin’ John

“Hoppin’ John is an old-time recipe worth trying,” said York Kiker, former NCDA&CS home economist. “Hoppin’ John is traditional in some parts of the South on New Year’s Day, but is satisfying winter fare at other times. One of the stories regarding the unusual name came from the custom of inviting a guest to eat by saying, “Hop in, John.” Hoppin John on New Year’s Day is also associated with luck, and turnip greens with money.

The following recipe is from the “Better Homes and Garden Heritage Cookbook.” We liked the flavor of the dish even though the look of it was not as appealing – it’s definitely not a visual dish. Some modern day changes include cooking most of the bacon in the microwave until crispy – keep one piece in with the onions and garlic for flavor. The beans were not quite done using the times suggested – they could have been cooked a little longer. Black-eyed peas are ready when they have a soft, creamy taste, and the juice should be flavorful rather than watery. If the beans lose their shape, however, they have been overcooked. Taste the beans after the first hour. If they are not done, continue checking every half hour after that.

Rinse the black-eyed peas. In a large saucepan combine the peas and water; bring to boiling, then boil for 2 minutes. Remove from the heat and let stand 1 hour. Drain, reserving 6 cups of the cooking liquid. In a heavy 3-quart saucepan cook the bacon, onion and garlic till the bacon is crisp and the onion is tender but not brown. Remove bacon; drain on paper towel, crumble and set aside. Stir the black-eyed peas, rice, salt, pepper and the reserved cooking liquid into mixture in saucepan. Bring to boiling, cover and reduce heat. Simmer 1 hour, stirring occasionally. Stir in crumbled bacon. Turn into a serving bowl. Serve immediately.