North Carolina puts the ‘merry’ in the holidays

If it weren’t for North Carolina farmers, Christmas and other winter holidays just wouldn’t be the same. The Tar Heel state plays an international role in holiday decorating with millions of real, fragrant Christmas trees, greenery and poinsettias coming from North Carolina soils each year. And, it’s not just the decorating, the Tar Heel state also plays a major role in holiday menus as last month’s infographic showed. 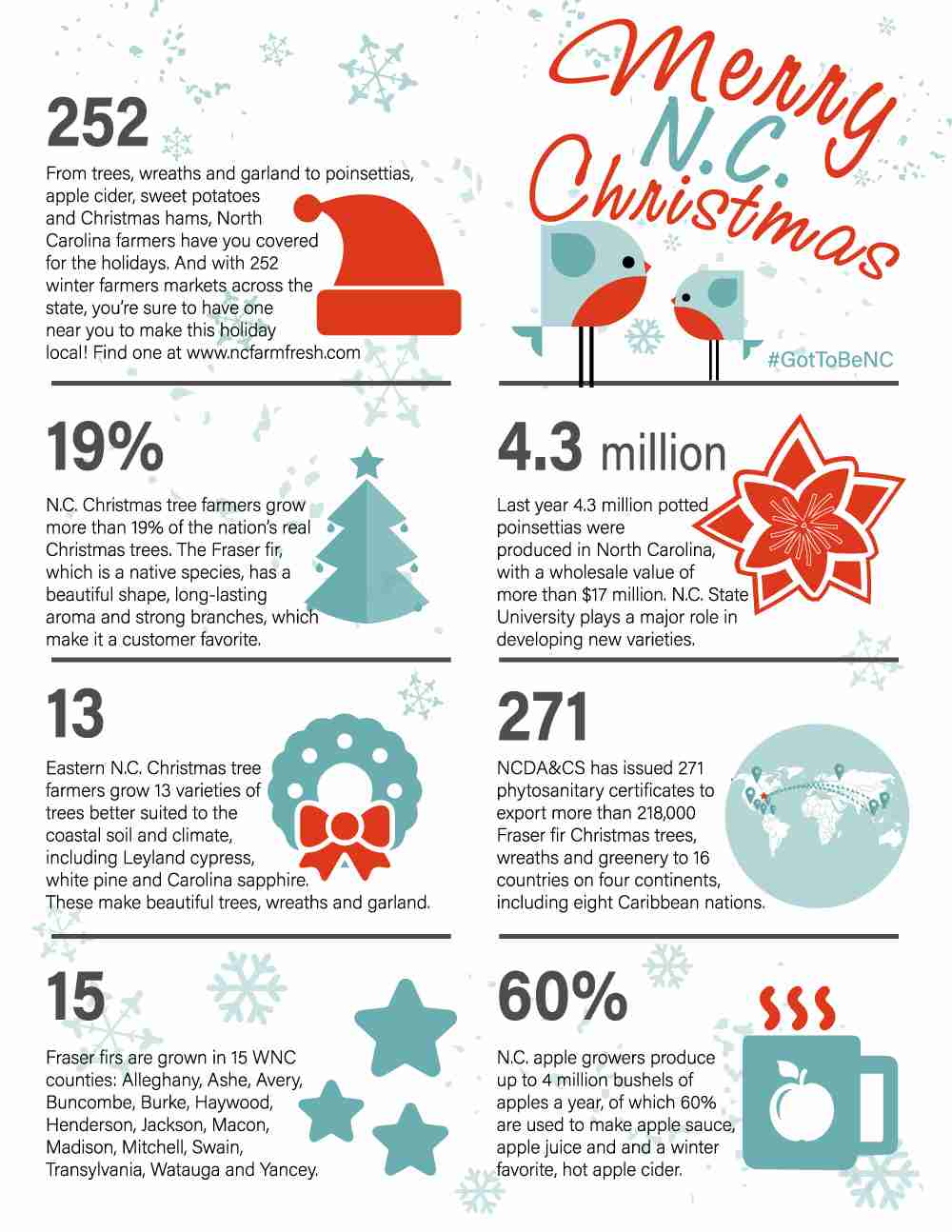 North Carolina is the second largest producer of Christmas trees in the country. The N.C. Christmas Tree Association estimates that North Carolina growers sell about 4.3 million trees each year. About 98 percent of those are the revered Fraser fir.

In addition to making houses smell fantastic, Christmas tree farms serve a greater purpose. “The Fraser fir, Abies fraserii, is native to a very tiny part of Western North Carolina, Southwest Virginia and East Tennessee,” said Bill Glenn, NCDA&CS marketing specialist. “Imported insects and diseases have been threatening this tiny population for years, and the range where they grow in the wild is shrinking. If not for commercial Christmas tree production, Fraser fir could well be on its way to being listed as an endangered species.”

As its small, native footprint might suggest, the Fraser fir is the temperamental type, and only grows well in higher elevations with well-drained (i.e. sloped) soil. So farmers in the eastern part of the state produce several classic and enduring varieties that do well in the flatlands such as: Leyland cypress, white pine, Carolina sapphire, blue ice, red cedar, green giant arborvitae, Virginia pine,  Scotch pine, Turkish fir, Momi fir, Colorado blue spruce, Norway spruce, and concolor fir. The majority of Eastern growers grow and sell Leyland cypress and white pine since they are the most popular. However, the Carolina Sapphire is a beautiful tree with growing popularity among growers and consumers, according to marketing specialist Zach Mussler.