Deck the halls with festive poinsettias 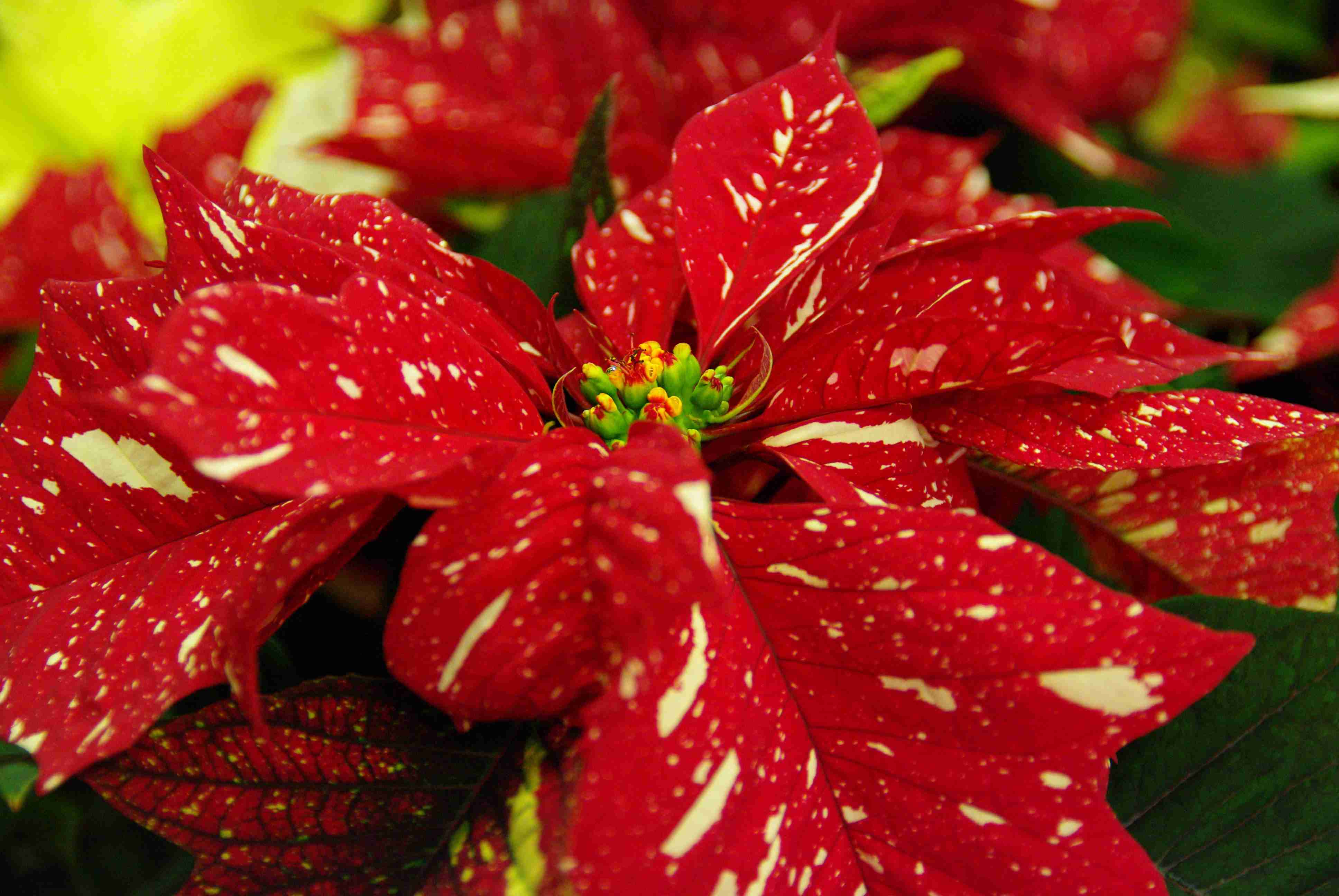 What is red, white and green and serves as the harbinger of the holiday season? Poinsettias, of course! And North Carolina has a lot to celebrate when it comes to these festive plants. The Tar Heel State ranks second nationally in poinsettia sales. In 2013, 4.3 million plants were produced for total cash receipts of $17.6 million.

In North Carolina, poinsettias are grown in greenhouses. One of the largest facilities in the state that produces poinsettias is Metrolina Greenhouses in Huntersville, which produces about 3 million annually.

Just as with any crop produced in the state, research is ongoing to learn ways to grow new varieties and make the plants more grower- and consumer-friendly. Much of this research is done through N.C. State University.

“Most of the varieties we have growing are new,” said Dr. John Dole, horticultural science department head. “We have new reds, 70 to 80 percent of poinsettias are still red, and all other colors, including a pale green variety called Envy and a golden variety called Gold Rush.” The National Poinsettia Trials are held at the arboretum each year in December. Growers from across the U.S. come to check out the new varieties.

The plants that are grown for these trials start as root cuttings from plants in Central America or Africa. Roots being transported into the U.S. have to be bare-rooted, which means that no growing media can be attached. These cuttings are overnighted to rooting stations in Miami or Atlanta, where the cuttings are inspected for insects or diseases and then cooled back down. The cuttings spend four to six weeks at the rooting station. 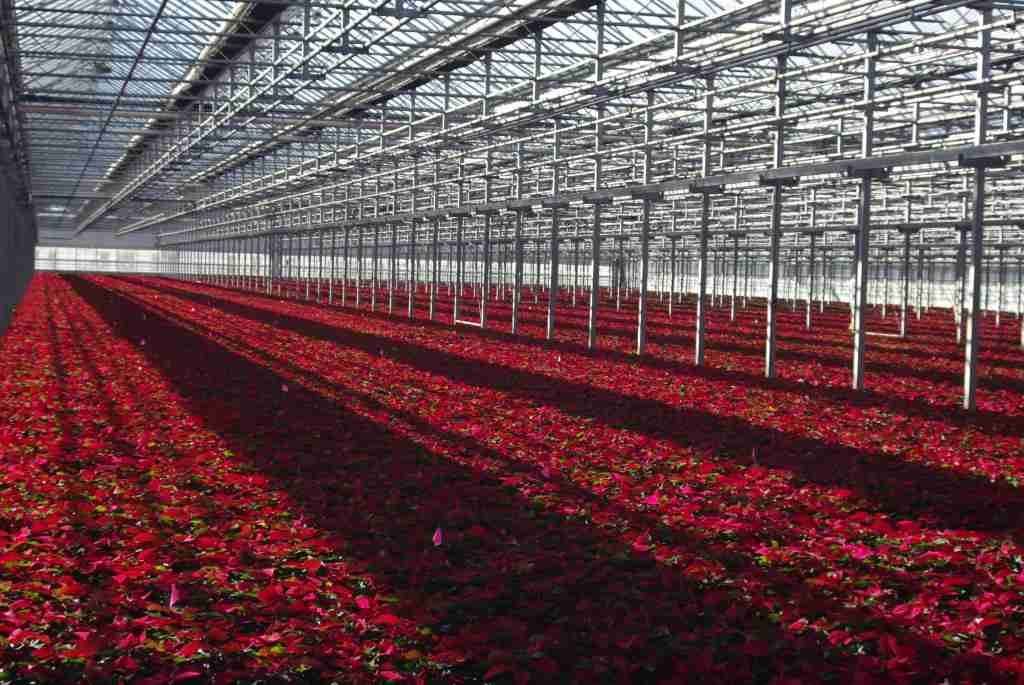 Next — this could be where Christmas in July comes from — the plants are sent to greenhouses like the ones at N.C. State in late July and early August. Researchers at N.C. State then evaluate grower and consumer friendliness of the plants, post harvest handling and ways to grow the plants more efficiently.

“Luckily poinsettias are not all that insect-prone,” said Dole. “However, the white fly will come from miles away for a poinsettia. Poinsettias are also cold-sensitive and susceptible to root rot. And it’s a lot of work to get a poinsettia to grow again, it’s easier to just buy some more.”

Now is the best time to pick up poinsettias for your holiday decorations as they are plentiful at grocery stores and garden centers across the state. Dole offers the following advice for picking out a perfect poinsettia: “Choose a poinsettia that has fresh-looking bracts, which are the modified colored leaves. Look for small flowers in the center of the plant, if these have fallen off it could indicate it’s an older poinsettia. Finally, red poinsettias should have healthy, dark green foliage, and the white or pink poinsettias leaves should be a lighter green.”

Transport them in a large, roomy shopping bag to protect them from temperatures below 50 degrees. At home, water your poinsettia when the soil is dry. Cold temperatures and overwatering will cause your plant to wilt. Wilted plants will drop their leaves quicker, and once a poinsettia wilts, it’s too late to stop the damage, Dole said.