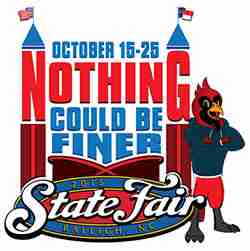 The 2015 North Carolina State Fair ended its 11-day run as the second-best attended in fair history. More than 1,019,000 people passed through the gates during the latest edition of this fall tradition. Only the 2010 fair, with attendance of nearly 1.1 million, ranks higher.

There were some new additions to the State Fair this year. A new Tobacco Pavilion in Heritage Circle was opened. It was used for the opening ceremony and the mock tobacco auction. The pavilion also provided a rest area for visitors.

This year also saw the launch of the Homegrown North Carolina Concert Series in Dorton Arena, which showcased a diverse array of musical entertainers. In addition, the fair expanded the number of bands on its outdoor stages. All total, 86 bands played the fair this year.

Click on the audio player below to listen to Commissioner Troxler and Rhonda talk about the 2015 North Carolina State Fair and how planning is already under way for 2016.