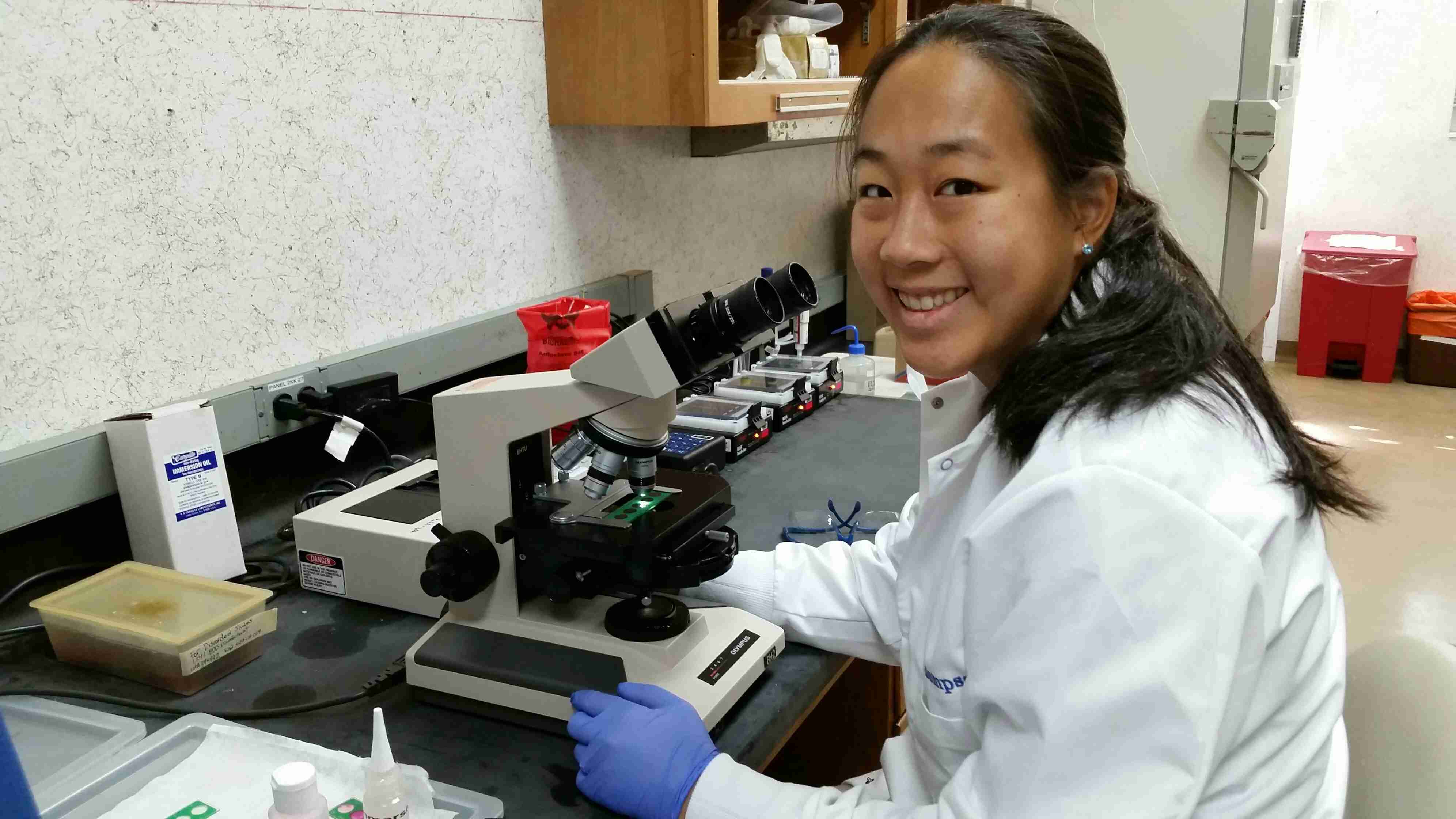 We have a diverse workforce here at the NCDA&CS that focuses on consumer protection, food safety, agricultural marketing, accuracy of weights and measures, plant conservation, livestock protection … and more. Through our Faces in the Field series, we provide a behind-the-scenes look at what our employees do to serve North Carolina.

Grace Tung Thompson is an agricultural microbiologist supervisor in the Food and Drug Protection Division of the N.C. Department of Agriculture and Consumer Services. Thompson supervises seven employees in the Food Microbiology Lab at the Constable Laboratory in Raleigh.

The Food Microbiology Lab screens for pathogens such as E. coli 0157:H7, salmonella, listeria and staphylococcus aureus in samples collected from grocery stores, wholesale manufacturers and facilities that produce or store food. If a problem is suspected at one of these locations, several hundred samples may run through the lab.

“Pathogens are fascinating to study and they can cause big problems,” Thompson said. “The Centers for Disease Control estimates that one in six Americans will get sick from foodborne disease every year, and my goal is to help reduce this.”

Thompson became interested in microbiology during high school after doing a Gram strain and making E.coli fluoresce, or glow under an ultraviolet light. Her passion for science and food continued when she took an introduction to food science course during her sophomore year of college. “Everybody eats,” she said. “I want to help ensure that the food we eat doesn’t make us sick.”

When a sample comes into the lab, it is mixed with growth media and then a machine “stomachs it.” This mixes the sample with the growth media. Samples are then incubated for 24 to 48 hours to allow pathogens to grow if they are present. After incubating, the samples are analyzed using rapid test methods, which can use antibodies specific to the pathogens that the lab might be looking for, or using polymerase chain reaction, to detect the DNA of the pathogen of interest. If a sample comes back positive, a longer, more intensive confirmation process will be done. 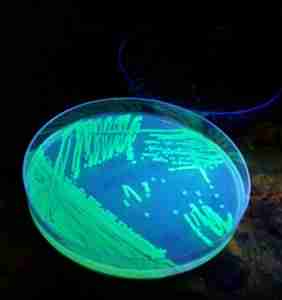 “It’s the rapid screening test methods that has been most interesting since starting with Food and Drug Protection Division,” Thompson said. “I find the technology interesting because of how streamlined the detection methods are in the Food Microbiology Lab. The science behind the methodologies is the same as it was in research and academia, but I now work with equipment that increases efficiency and also reduces variability. This is especially important because we need accurate and defensible results.”

Recently, Thompson received national media attention for her Ph.D. project. She, along with other colleagues at N.C. State University and Wake Forest University, designed a machine that replicates what happens when someone vomits. This research shows how a virus such as norovirus can spead so far so fast.

“We used a virus that is similar to human norovirus but only infects to bacteria, so it wouldn’t make us sick,” Thompson said. The vomit machine showed that less than .01 percent of the vomited virus particles were aerosolized during a vomiting episode. But with the large quanity of particles shed from a norovirus infection, this is enough to get many people sick.

“Research from the vomiting machine can be used to help develop effective control strategies for cruise ships and other facilities where norovirus is a big problem,” she said.

And in case you are curious where you go to research vomiting, Thompson observed the annual Krispy Kreme Challenge that starts and ends at the Bell Tower at N.C. State University. Thousands of runners sprint more than two miles to Krispy Kreme, eat a dozen doughnuts and then run the two-plus miles back. It’s not uncommon for some participants usually to get sick indulging in doughnuts. Research also included lots of YouTube videos. “One thing we noticed is there is a difference between overeating vomiting and vomiting because you are sick.We also noticed people coughing after vomiting, which we hypothesized facilitated the spread of norovirus.”

As someone who works with foodborne illnesses all day, you may not think that food would be one of Thompson’s passions. She considers herself a major foodie. “I love trying new foods,” she said. “My favorite thing is to go out to eat something new, and then come home and try to recreate the dish or use it as inspiration.”