Thousands of tobacco farmers across the state are heading to market with freshly cut tobacco, hoping to get the best price for their harvest. Inspectors with the N.C. Department of Agriculture and Consumer Services have already been to the markets; their job is to inspect the scales used to determine the weight of that tobacco.

There are about 40 to 50 buying stations across the state. The Central Marketing Tobacco in Smithfield will see about 1,000 growers from mid-August through November. 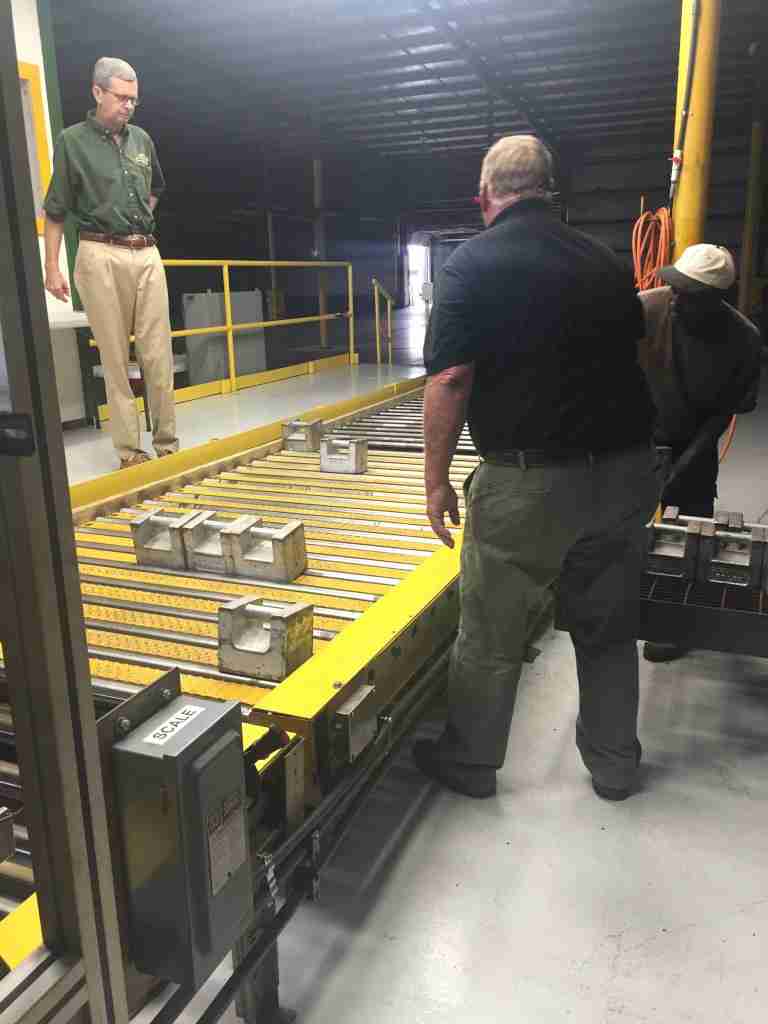 Inspectors Ken Hinnant and Jimmy Butler check the accuracy of a tobacco scale at Central Marketing Inc. in Smithfield

When delivering tobacco, farmers pull their trucks directly into the warehouse. Tobacco bales are lifted out by forklift and placed on a conveyor belt. The bale is sent through a moisture-removing machine and then moved onto the scale. The tobacco is then graded and the farmer is offered a price per pound and, if the price is accepted, paid before leaving the warehouse. This buying station offered 24 buying grades, based on stalk position and length of leaf.

“We normally try to inspect the scales before the markets open and then once again while they are running,” said Ken Hinnant, standards inspector for Wilson and Johnston counties. “This lets the farmers know that someone independent has checked this scale, it’s not just company checked.” Usually the warehouse will check scales morning and night for accuracy.

Hinnant starts with a 1-pound weight, then 5 pounds, when checking the scales. He keeps adding weight up to 1,000 pounds. “The scales will actually weigh up to 5,000, but we only check to 1,000 because the bale limit for tobacco is 850 pounds,” said Hinnant.

Scales are checked when taking weight off as well, to ensure they are still recording accurately. “We had a scale at another facility that was floating,” said Hinnant. “While the weights were on the scale the weight kept varying 5 pounds. That scale was rejected and we will go back to check it again after the scale company has a chance to fix it.” A 1,000-pound scale is allowed a variance of 3 pounds or less to pass inspection, although at this warehouse, the company accepts even less of a variance. 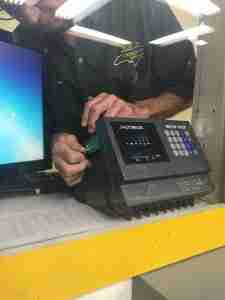 “Anytime a scale is used to determine the price of an item, that scale should be inspected and certified by the Standards Division,” said Hinnant. Inspectors try to inspect most scales on an annual basis or by complaint. Tobacco scales are just one of the seasonal inspections done by the division. Other inspections include pine bark and mulch in February, taxi cab meters in March, and strawberry and produce scales in April.