The war wages on to keep gypsy moth out of N.C.

The seemingly never-ending gypsy moth battle continues to wage in North Carolina. Since the 1970s, this invasive, leaf-eating caterpillar has tried repeatedly to establish itself in the state. With the exception of the northeastern corner where a gypsy moth quarantine was enacted the mid-1990s, their attempts have failed. The European gypsy moth is the most damaging pest of hardwood trees in the Eastern U.S. The defender of North Carolina’s hardwood trees is the NCDA&CS Plant Industry Division along with other agencies, who together make up the Gypsy Moth Program. 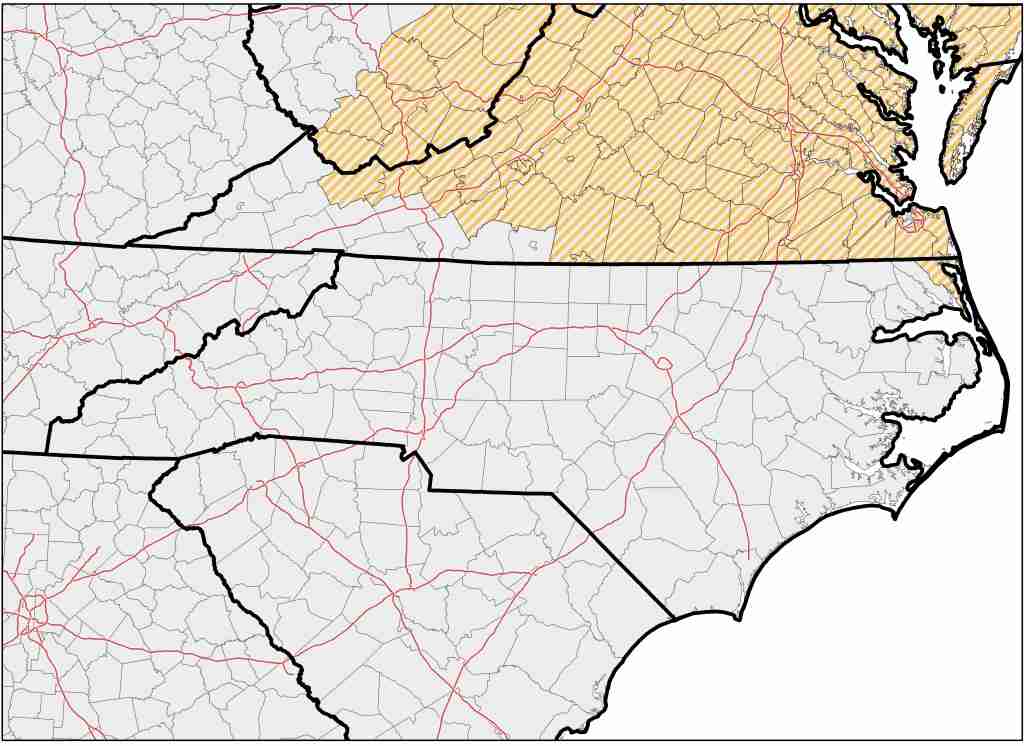 Staffers with the Gypsy Moth Program hang about 15,000 gypsy moth traps across the state each summer. The traps are baited with the sex pheromone of the gypsy moth, luring the male moths in who then get stuck on the sticky substrate of the trap. Trappers count the number of moths in the trap and, based on how many are found, make a decision to do further scouting in the area. State officials take a number of things into consideration before treating an area: trap counts; findings from additional scouting; the moth’s history in the area; and distance from other generally-infested areas. 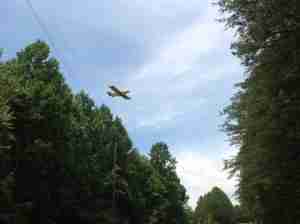 One way to control gypsy moths is through mating disruption, a treatment method in which small flakes impregnated with the female sex pheromone are disbursed via aircraft over the infested areas. The pheromone inundates the area, confusing the males and making it near impossible for them to find female moths to mate. No mating leads to no caterpillars to munch up the leaves! The flakes themselves are harmless because the pheromones are specific to gypsy moths.

In early June, mating disruption treatments were used to destroy populations detected in 2014. Three areas were treated, two in Person County and one in Stokes County.

In 2016, these areas will be trapped again to evaluate the efficacy of these treatments. Until then though, the battle will continue. Trapping from this summer is already underway and will determine treatments for next year.