In 2013, N.C. ash trees met their match, the emerald ash borer, for the very first time. At least, that’s when we first knew about it. In reality, the invasive wood-borer had likely already been here, killing ash trees for several years before it was detected. 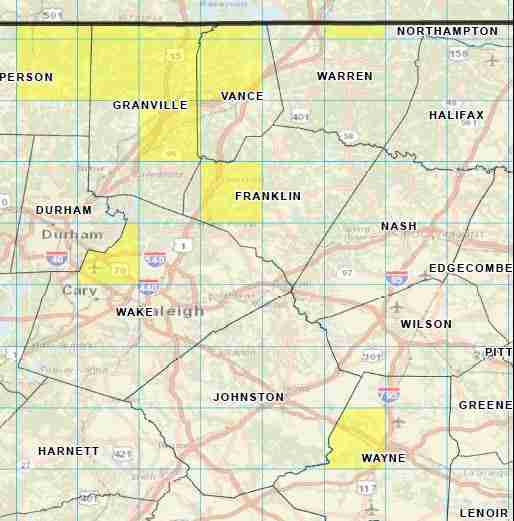 Since the first finding in the state, known emerald ash borer infestations have been increasing. In the weeks following the initial find in Granville County in 2013, it was also detected in Person, Warren and Vance Counties.

Until this year, all was quiet after the initial detections. All four counties where emerald ash borer was found in 2013 were quarantined for ash material and firewood. A few additional infested areas were found within the already-infested counties, but that was both expected and had little impact on management or regulations.

However, this year, the emerald ash borer showed its true colors in its ability to spread and behave discretely by killing ash trees silently. In March 2015, it was found in Wayne County for the first time. Thinking it was an isolated infestation started by the accidental transportation of the pest in firewood, swift actions destroyed the infested ash stands. But that was just the beginning. Not only was the beetle found in additional areas in Wayne County where evidence indicates long-term infestations, but it has also been found in Wake and Franklin counties. The Franklin County site was found using wasps as biosurveillance tools. Unfortunately, it’s likely not the end of the story. Surveyors with the N.C. Forest Service and Plant Industry Division anticipate finding it in even more areas this year as well. 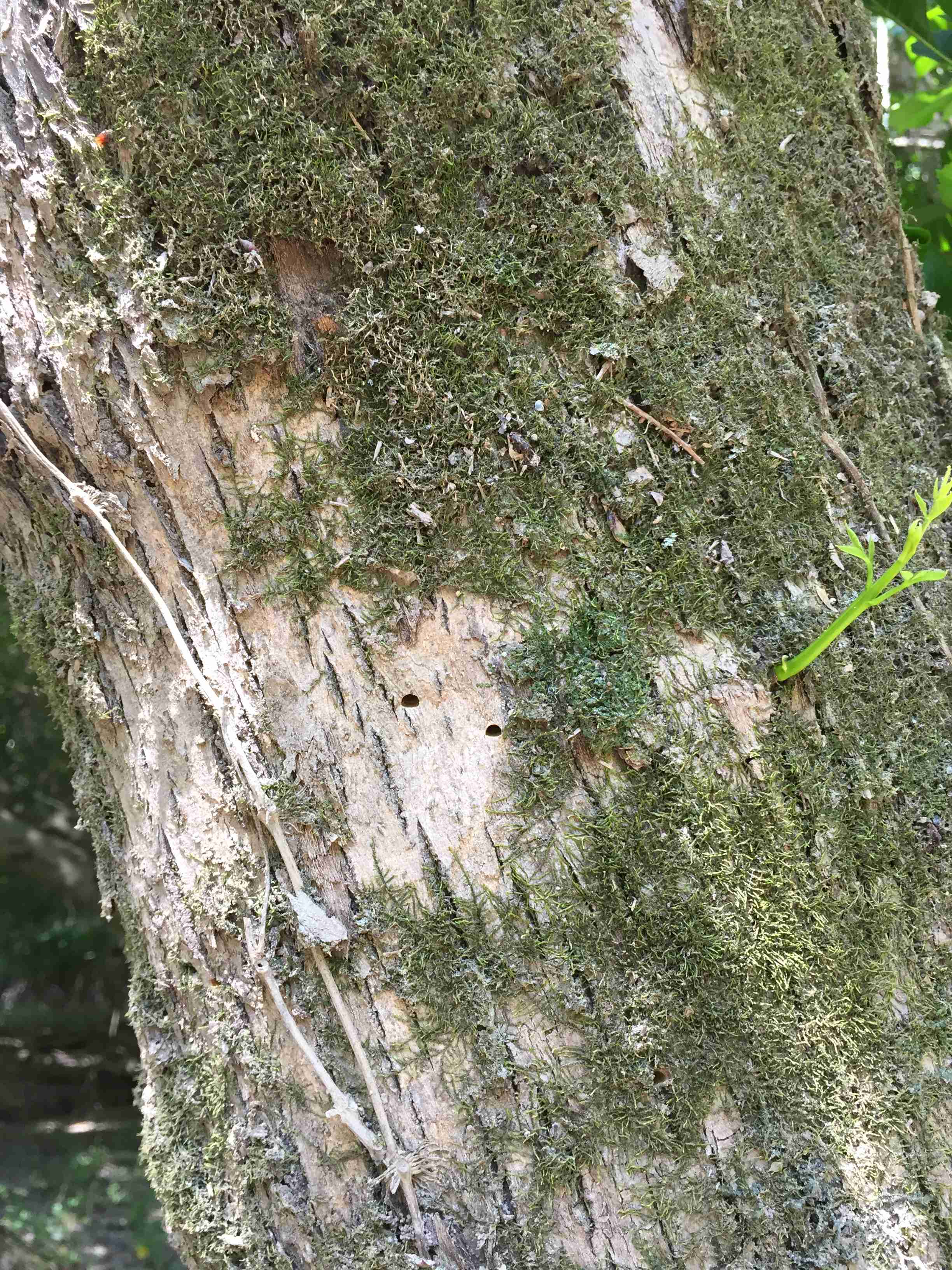 D-shaped exit holes, as seen here, are the most obvious sign that an ash tree is infested with emerald ash borer. Image: K. Oten, NCFS.

Emerald ash borer is a cryptic pest. It takes 3-5 years to kill a seemingly healthy ash tree, but symptoms are typically not noticed until at least 2-3 years after the initial attack. When it was first found in the U.S. near Detroit in 2002, dendrochronological studies indicated that it had likely already been stateside for at least 10 years. For that reason, infestations are typically not noticed until several years later.

Surveys for the emerald ash borer are ongoing. Updates to the range expansion will be announced via NCDA&CS press releases and occasional updates on this blog. If you believe you have come across an infested ash tree, report it to the NCDA&CS Plant Industry Division hotline at 1-800-206-9333 or by email at newpest@ncagr.gov. A major part of the survey relies on reports from the field.

ADDENDUM: On July 21, 6 days after this original posting, the emerald ash borer quarantine was expanded to include 5 more counties: Durham, Graham, Johnston, Orange, and Wilson.