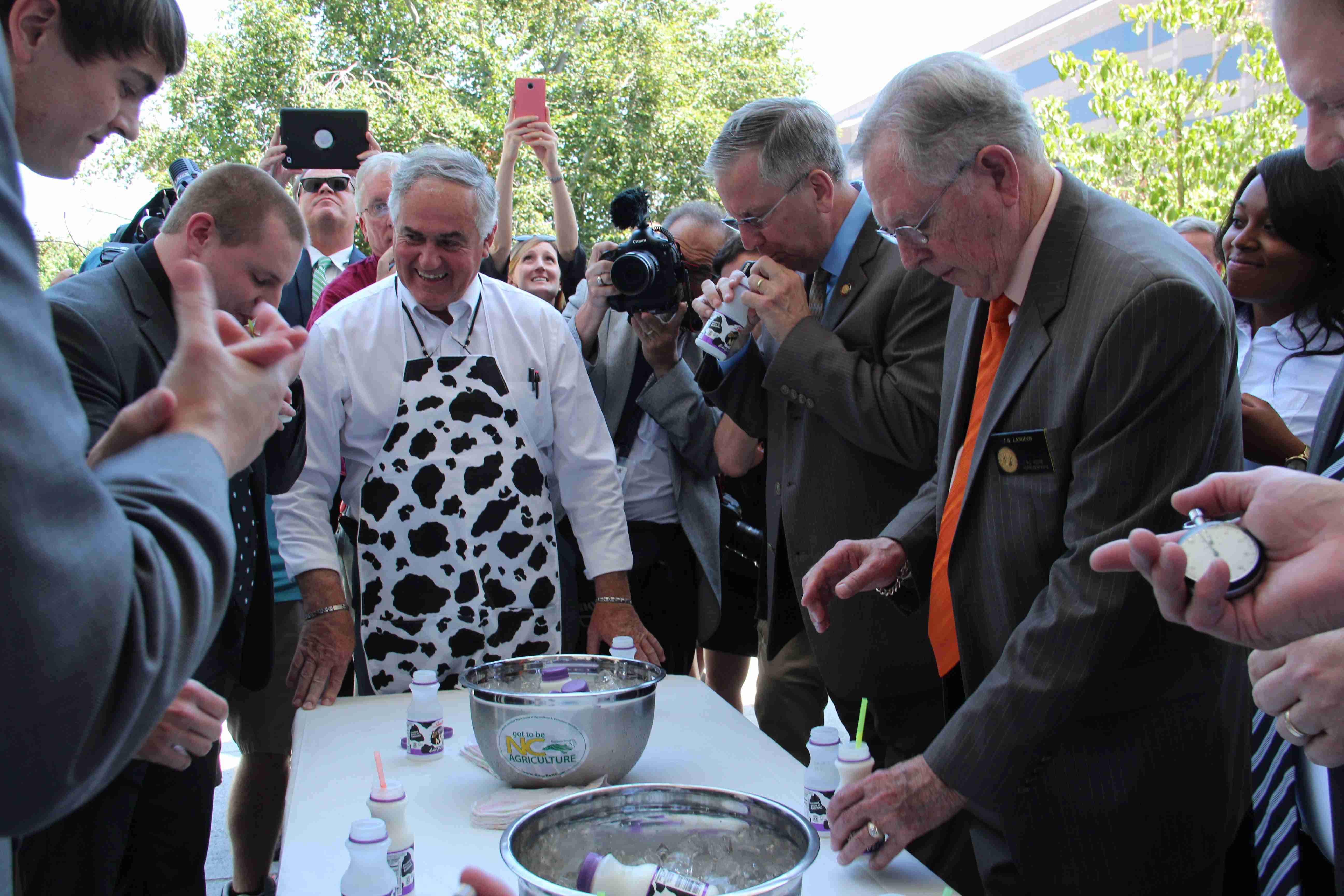 Each team had to consume six eight-ounce bottles of milk in a relay format.The Super Sippers bested the All Stars with a time of 1 minute 37 seconds, beating the House team for an impressive 12th time.