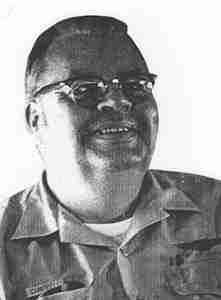 Two men who died while serving with the N.C. Forest Service were honored in May during the N.C. Fallen Firefighters Foundation’s 10th annual memorial service. They are Halbert Campbell of Kinston, a former pilot and operations worker, and Jimmy Halliburton of Morganton, an educational ranger.

“It was great to see the honor and respect paid to those that had fallen and to the families that lost loved ones in the performance of their duty,” said David Lane, state forester. 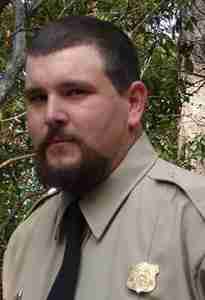 Campbell was the first pilot hired by the N.C. Forest Service and worked in the Piedmont region. Later in his career, he transferred to the coastal region and worked in the operations room. On Nov. 17, 1973, he completed his work day providing fire support in the Forest Service’s Whiteville District, went home and suffered a fatal heart attack.

“I had the privilege of meeting his sons, daughter and grandsons at the memorial service,” said Lane. “Mr. Campbell’s family was greatly impressed with the overall event and the feeling of belonging to another family. The expression of gratitude was overwhelming.”

Halliburton began his career with the N.C. Forest Service’s youthful offenders program, and later worked at Tuttle Educational State Forest in Lenoir. On Aug. 13, 2014, he and other Tuttle employees were clearing trees at the forest following a wind event. Halliburton was removing a tree from the roadside when the tree, which was under pressure, snapped back and fatally injured him. Because road clearing was needed for public safety and access for emergency response, the N.C. Fallen Firefighters Foundation’s board of directors approved Halliburton to be recognized as one of the fallen.

Campbell’s and Halliburton’s names have been added to the Fallen Firefighters Memorial in Raleigh’s Nash Square. They are among more than 20 N.C. Forest Service employees who have died in the line of duty.