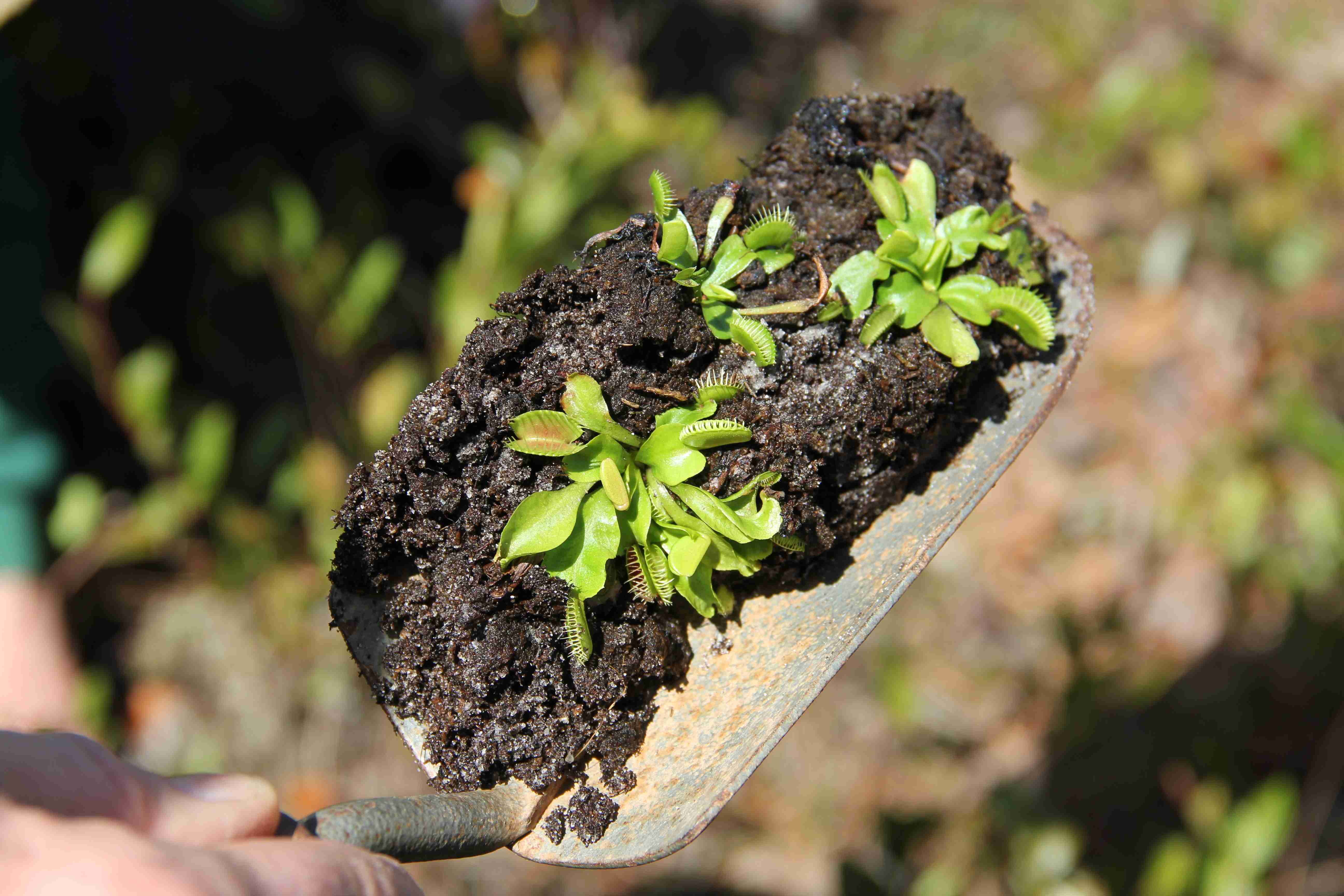 Venus flytraps, with their exotic good looks and hinged, fly-eating claws, have an innate allure that brings out both the good and bad in human beings. 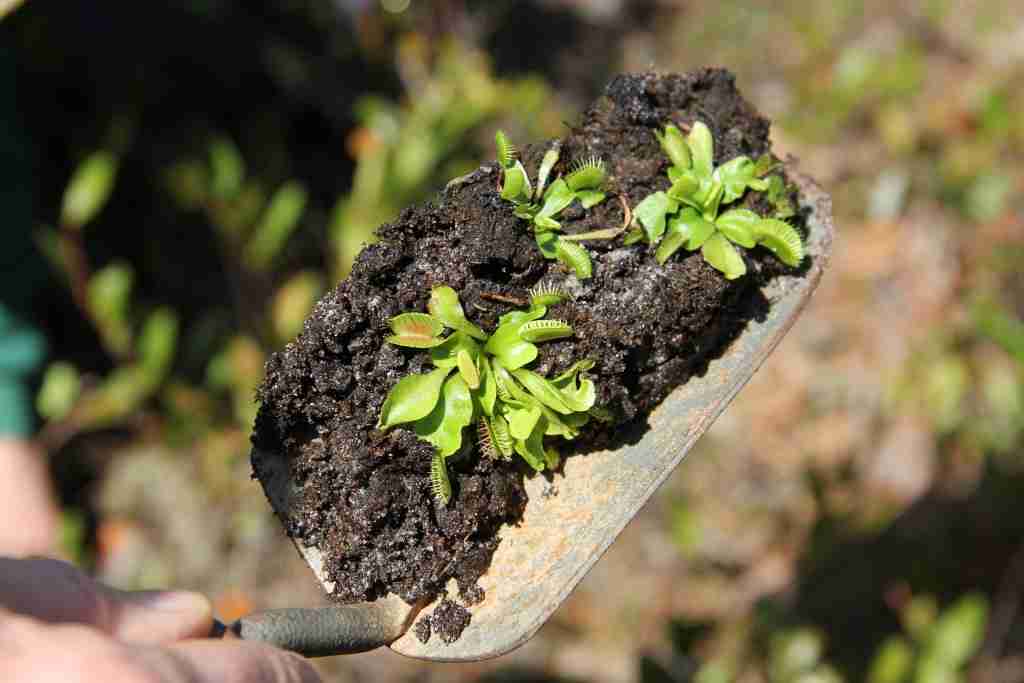 Recently, the plants brought both sides together as ones taken illegally from public lands were returned by good-hearted volunteers interested in seeing this protected species continue to exist in its native North Carolina location. In fact they were so intent on helping these plants that volunteers Robert and Ruth Jones, Linda Phillips, Kathy Schlosser, Judy West and  Mimi Westervelt drove more than three hours to get to the Wilmington area where the plants grow naturally. Schlosser serves as the chairperson for both the state Plant Conservation Board and the Friends of Plant Conservation.

That area, and a few acres in South Carolina, are the only places in the world where the plants grow naturally. Land development naturally threatens pockets of the plant on private land, which is a concern for conservationists.  But an even bigger concern are poachers, hoping to cash in on people’s desire for the plants, who are robbing preserved lands and the greater community of these “protected” natural resources.

Outrage and concern about a number of large thefts from public lands in the past few years has prompted recent changes in the law, making it a felony to steal plants from public and private lands. But clearly, the problem continues.

A tray of the small, squatty plants that were part of the recent replanting effort, were confiscated following a September 2013 arrest. They had been in the care of Southeastern Community College science teacher Becky Westbrooks and her students, who were  intent on nursing the plants back to health in the hope of giving them a better chance of  survival on return. A second tray of plants is being cared for at the N.C. Botanical Garden, which serves as a kind of witness protection home of sorts for the plants.

“If the places where we replanted are safe, we’ll plant the rest of them back out,” said David Welch, program administrator with the Plant Industry Division. “If not, we’ll look for another location.”

Seeds produced while the plants are in the care of the N.C. Botanical Garden will become part of the garden’s seed bank, which is part of national and international initiatives conserving the seeds of rare plants. 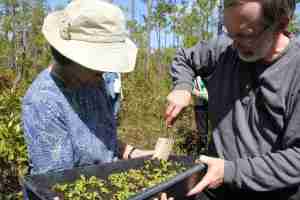 Robert and Ruth Jones of Greensboro were part of a group of volunteers replanting Venus flytraps that were confiscated following the theft of the plants from public lands.

Their chances of survival and propagation will likely be just as dependent on staying out of the eyesight of poachers.

“Several of the spots where we intended to replant the flytraps had signs of recent poaching, which is very disheartening,” Welch said. “We don’t want to put them back in a place where we know poaching is occurring.”

While scouting new locations, Lesley Starke, a plant protection specialist with the Plant Industry Division, also revisited places where plants are known to be to get an idea of the number of plants there, and whether any areas showed signs of poaching.

As the group journeyed deeper into the woods, it seemed that the dense underbrush might offer a natural deterrent to unwanted visitors, but based on plant counts it was obvious a couple of the sites had been visited.

Welch said getting people to understand what is at stake here is critical to conservation efforts.

“North Carolina is ground zero for flytraps,’ Welch said. “People should understand that the world is counting on us to keep them as protected as we can.”

The loss of plants is real, and Welch said we are past a point where taking plants is a harmless activity.

“Too many people are taking too many flytraps,” Welch said. “Now they are becoming rarer and rarer. If we continue on this track, they will be wiped out.

“It’s getting to a tipping point,” he added. “It started in the ’90s, when there were millions of the plants. Now there are thousands. And that was just in a couple of decades. Part of the loss was due to development of private land, but now most of the plants are saved on conserved lands, and they are getting poached. It’s pervasive and it’s getting worse.” 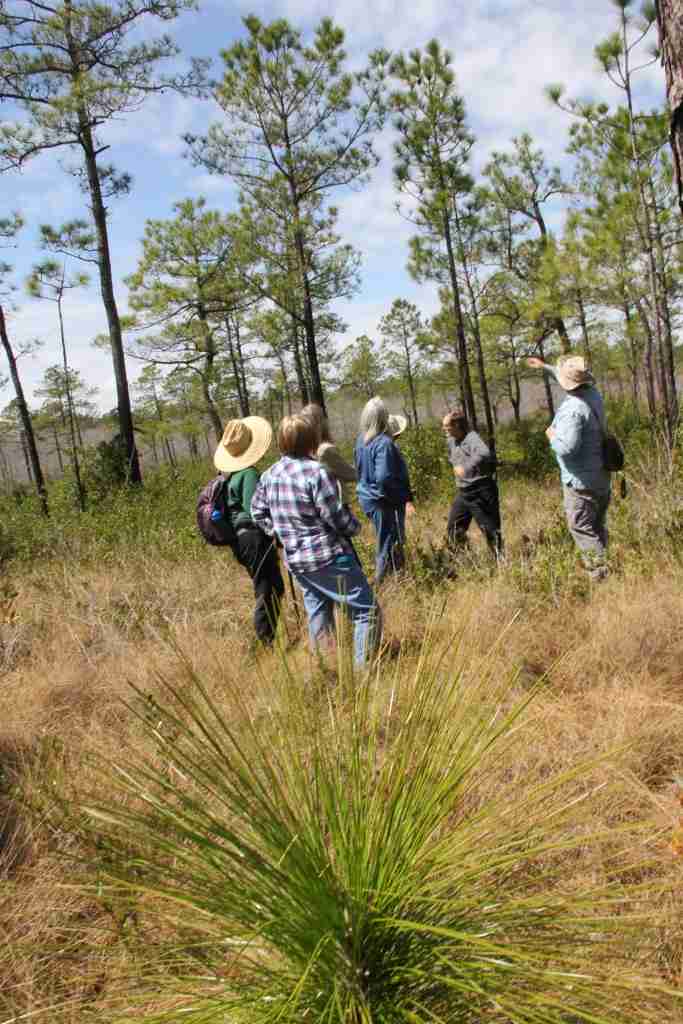 Rob Evans, a plant ecologist with the Plant Industry Division, talks about some of the ecological features of the preserve with volunteers.

Raising awareness about the plight of these plants is important, too, Welch said. If plants on public lands continue to be poached, people may not have the opportunity to see them in a natural setting. “The only place where the plants will be are places without public access,” Welch said.