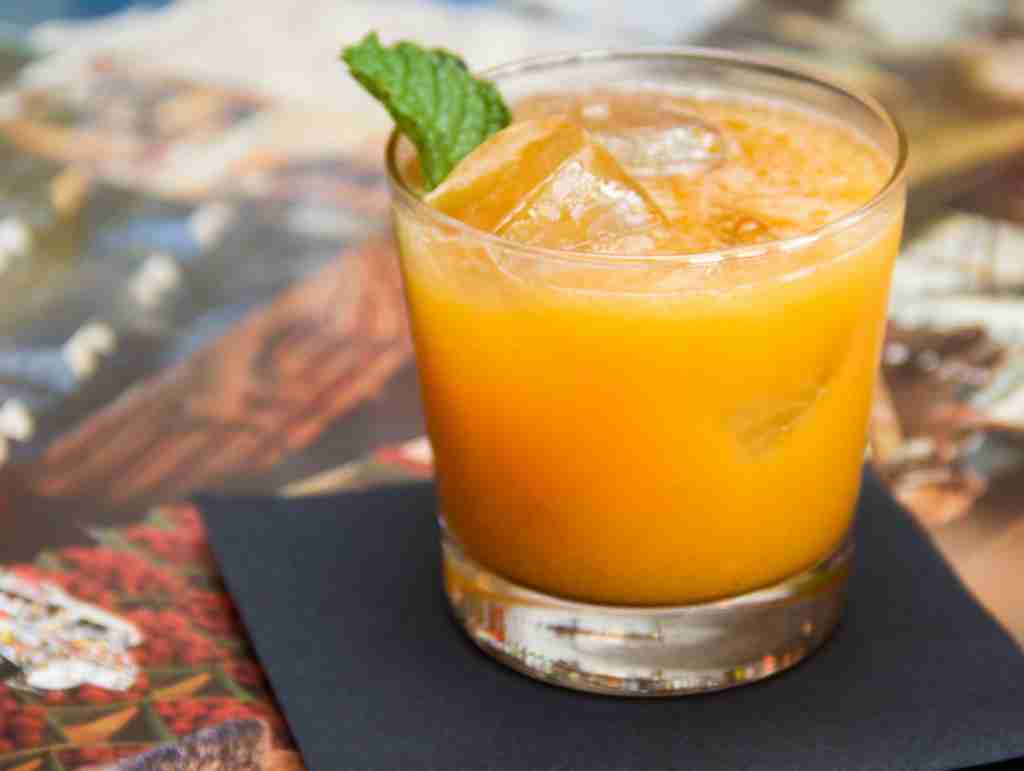 Raleigh restaurant The Fiction Kitchen featured Tater in the Rye in December. The drink included a simple syrup made with N.C. sweet potatoes.

The N.C. SweetPotato Commission recently wrapped up two promotions that encouraged North Carolina chefs and bartenders to incorporate sweet potatoes into their recipes.

In December, the commission’s “Sippin’ Sweets” promotion asked bartenders across the state to create festive cocktails featuring sweet potatoes. About 30 bartenders participated in the promotion by creating concoctions with sweet potato purees, designing drinks with sweet-potato vodka, and even garnishing traditional favorites with raw sweet potatoes. In a follow-up survey, responding restaurants reported serving nearly 400 sweet-potato drinks during the promotion.

For Sweet Potato Month in February, the commission launched its “Signature Sweets” restaurant promotion. During the month, about 50 local chefs and restauranteurs created dishes using sweet potatoes as a main ingredient. Recipes ranged from salads and soups to cheesecakes and ice creams, as well as entrees pairing sweet potatoes with other N.C. products such as pork and chicken. Restaurants that participated in a follow-up survey reported serving 1,400 dishes featuring sweet potatoes during the promotion.

Sue Johnson-Langdon, executive director of the N.C. SweetPotato Commission, said she was excited to show the versatility of sweet potatoes. “In order to expand markets for our growers, we have to look at value-added uses of sweet potatoes,” she said. “It has been amazing to see the creativity of the state’s bartenders and chefs as they incorporate sweet potatoes into original drinks and dishes.”

Recipes from both promotions will be released throughout the year on the commission’s website at www.ncsweetpotatoes.com.