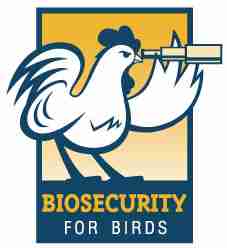 We recently got news that highly pathogenic avian influenza had been confirmed in Minnesota, Missouri, Kansas and Arkansas, which though still several states away, is a lot closer than the Pacific Northwest where it was previously confined. The strains that have been found do not cause illness in humans, and there is no food safety risk with this virus. However, it’s a different story for the birds. Once exposed, the virus spreads quickly, causing high mortality in flocks. These birds do not enter the food chain.

State Veterinarian Doug Meckes issued a memo this week regarding the outbreak and warned that North Carolina flocks may be at risk. Epidemiological reports point to migratory birds as the carriers of the virus. Any birds that have access to the outside are potentially at risk, as they can come into contact with droppings from wild birds. There are a number of precautions that backyard and small flock owners can take to mitigate the risk. The Veterinary Division is reaching out to backyard breeders, small flock owners and specialty collections to make them aware of the dangers of having birds outside. Commercial flocks are also at risk, though it is a smaller risk than the outdoor flocks.

By law, any suspected case of avian influenza should be reported to the Office of the State Veterinarian immediately. Bird owners can also contact the division for help with biosecurity plans or other concerns at 919-733-7601. 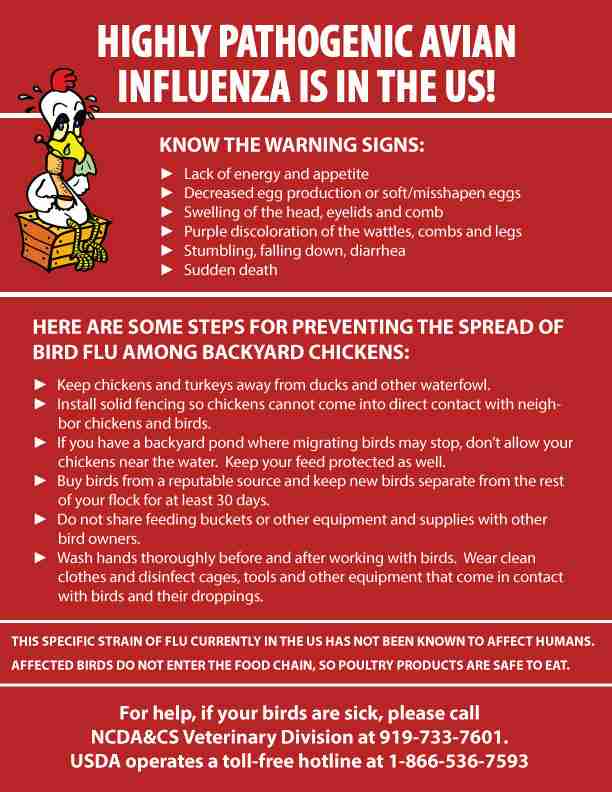