As its name suggests, the invasive emerald ash borer feeds on ash trees, killing them. All species of ash native to the U.S. are susceptible to the beetle, which puts at risk the four species that can be found in North Carolina: white ash, green ash, Carolina ash and pumpkin ash. In forested areas alone, this comprises more than 258 million trees in the state. And it’s about to get worse. 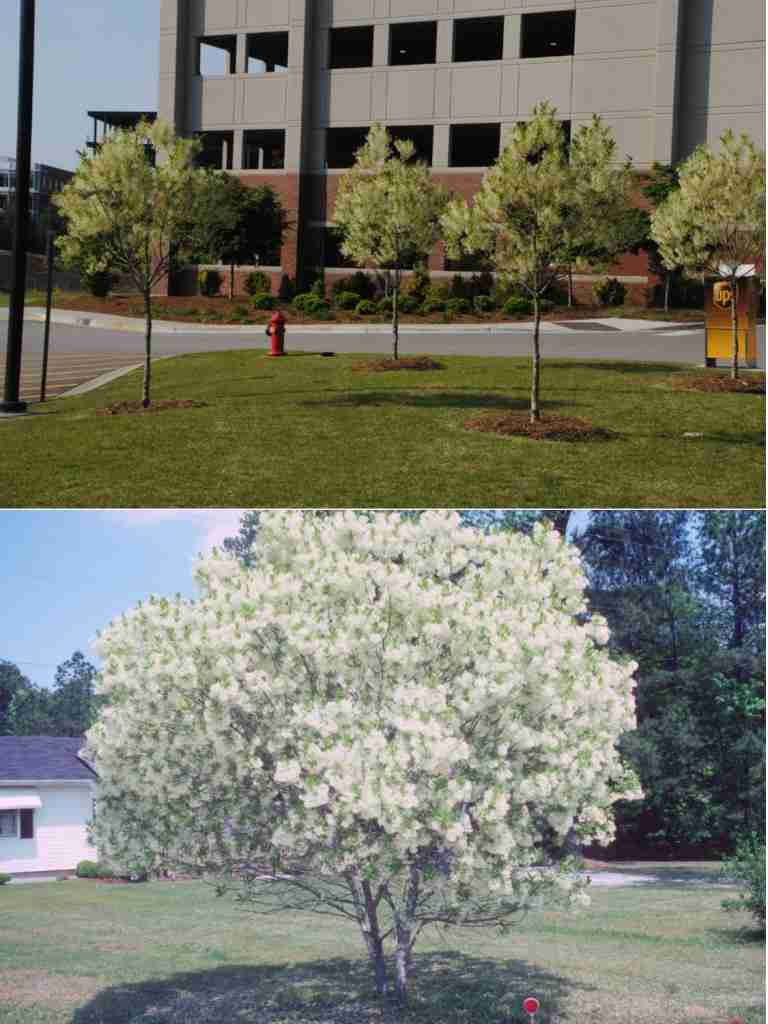 Last summer, Dr. Don Cipollini of Wright State University in Dayton, Ohio, found evidence that the emerald ash borer will also attack white fringetree. Until his discovery, the beetle was thought to only attack ash trees. Dr. Cipollini first found the D-shape exit holes and general tree decline that is associated with the emerald ash borer in a white fringetree. Upon closer inspection, he discovered actively feeding larvae and a dead adult. It is unknown whether the beetle has been attacking white fringetree all along, and it was never noticed, or whether it recently adapted to a new host.

White fringetree, a small, native tree that is planted across the southeast as a landscape tree, is admired for its beautiful creamy white blooms. It belongs to the same botanical family to which ash belongs. It has long been thought that the tree had few insect and disease risks associated with it, which is one of the reasons it is widely used as an ornamental tree. Clearly, that is no longer the case! While the emerald ash borer has not yet been found attacking white fringetree in North Carolina, the true threat of the beetle to this new host is unknown.

If you suspect a tree is infested with emerald ash borer, report the location to 1-800-206-9333 or newpest@ncagr.gov.