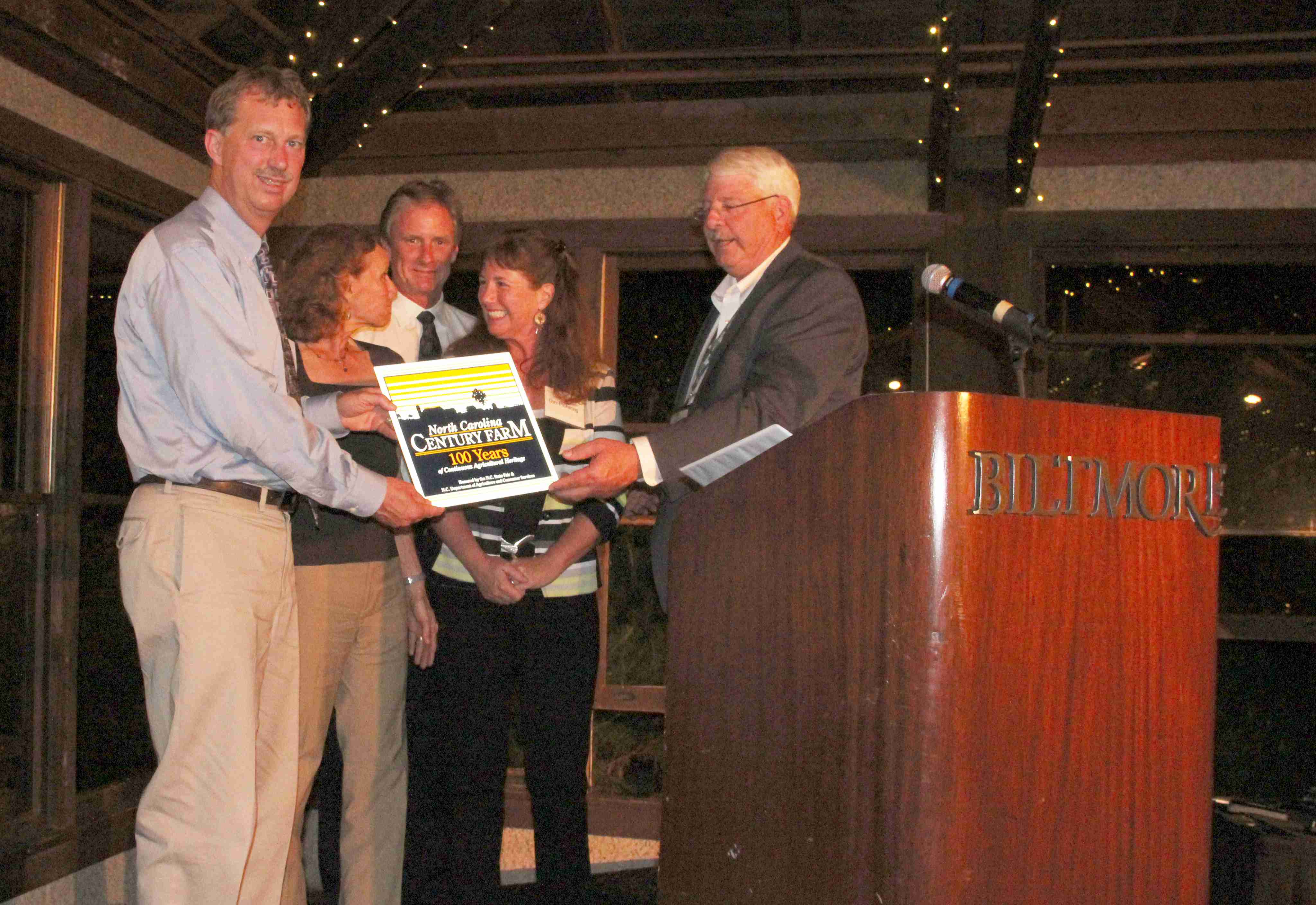 On Wednesday night, Agriculture Commissioner presented the Cecil and Pickering families with a sign that designates their property as a North Carolina Century Farm. They are now part of the distinguished group of about 1,700 families across the state who have maintained a farm within the family for more than 100 years. Bill Cecil Jr. and his sister Dini Pickering are direct descendents of George W. Vanderbilt, who built the Biltmore Estate in Asheville 1895. When Vanderbilt built the estate, he created it as a sustainable, working farm to support the house and its guests. The Vanderbilts played an important role in the agricultural and forestry community. Edith Vanderbilt was a president of the State Agriculture Society and the N.C. State Fair in the 1920s. Biltmore’s dairy served Western North Carolina through the 1960s. And the vineyards and winery were created in the 1980s. Today, the estate continues to embrace it’s agricultural heritage as a working farm.

More than 200 people took a tour of the estate’s agricultural operations as part of the National Association of State Departments of Agriculture annual meeting that Commissioner Troxler hosted in Asheville earlier this week. Some photos of the tour are below.