Are you ready to evacuate with your pets? 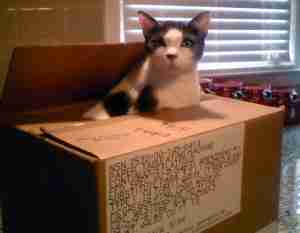 Pets don’t want to be left behind in a storm. Prepare now to take them with you in case of evacuation.

Hurricane Floyd slowly passed over North Carolina on Sept. 16, 1999, dumping up to 24 inches of rain on eastern North Carolina. Coupled with the 15 inches that Hurricane Dennis had dumped on the state just weeks earlier, every river in eastern N.C. flooded.  People were forced to flee their homes due to rising floodwaters and in many cases, leave their pets behind. In other cases, people refused to leave their homes without their pets.

While people were used to hearing about the need to prepare for an evacuation, most didn’t consider preparing for their pets, too. The result was a rescue effort that put lives in danger and forever separated many families from their pets. Hundreds of people and their pets had to be rescued from their homes, and many animals were never reunited with their families.

Immediately following Hurricane Floyd, the state began making preparations for the next animal incident and the State Animal Response Team was born. The organization became the model for a national effort. NCSART has worked with counties to develop County Animal Response Teams as well and purchased supplies for animal response.

But animal lovers themselves are the best response, according to Dr. Jimmy Tickel, a regional health veterinarian in the NCDA&CS Emergency Programs Division. Tickel says to make arrangements now to take animals to a friend or family member’s house outside of the area. Studies show that less than 5 percent of the evacuated population stays in a shelter, with a majority of the population staying with friends or family. For more than one animal, you may need to make arrangements to split them up and have them at different houses. Individuals can also make advanced reservations with a hotel that accepts pets or contact your boarding kennel or veterinary clinic. You can also check with your county to see if they are planning a co-location evacuation shelter where you and your pets can stay.

No matter where you go, you need to have some basic things with you. Gather these things now. A pet disaster ready kit should include:

Animals will often get scared and run away during traumatic situations, so it is important that all collars are securely fastened. But be aware that collars and ID tags sometimes get lost, so it is important to have some form of permanent identification on the animal. Microchips, freeze marking or a tattoo are good options, especially if it is a part of a national directory that keeps ownership and contact information for the animal. Permanent identification of birds includes microchips, leg bands or tattoos.

If owners choose to leave their pet at home, they should leave the pet confined in one room of the house and leave plenty of food and water with the animal. Whatever an owner does, animals should not be left outside chained to a fence or house. An evacuation order may last for several days and an animal left outdoors will be exposed to the elements, including flood waters, flying or floating debris, contaminated water, wild or roaming animals, parasites and other dangers.

For more information, check out the companion animal information on the department’s disaster planning webpages.